Which countries are planning to launch Cryptocurrencies with government support? 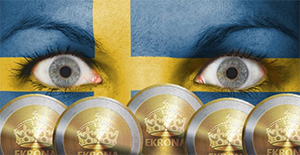 Cryptocurrency have as one of their most recognizable elements their decentralization, i.e. they are not emitted nor controlled by a central bank; However, in recent times more and more countries have opted to launch their own Cryptocurrency, managed by a government or through a financial institution in the country. The example with the greatest impact has been that of the Venezuelan Petro, which is supported by the oil reserves of that South American country, considered the largest in the world. However, at least eight other nations have shown interest in launching initial Cryptocurrencies offers.
This decision argues that the countries that joined this initiative are under various economic sanctions. By employing the Cryptocurrencies, these governments seeks to facilitate currency exchange, acquire currencies, such as the US dollar and the Euro in a simpler manner, as well as make fast and secure transactions. In addition, when resorting Cryptocurrencies, governments seeks to employ new payment methods for the purchase and sale of food, raw materials, construction material, etc.

Other countries are thinking to own cryptocurrency

In Venezuela, Petro is already a reality and another country seemingly to be working hard to create its own Cryptocurrency is Russia. President Vladimir Putin hinted that his government was preparing a Cryptocurrency, based on Ethereum's Blockchain technology, with which it would unify all traffic in goods and services in Eurasia, Africa and South America.
The US decided to break the nuclear pact with Iran and impose economic sanctions on the Persian country again, so it is understandable that Tehran is considering launching its national Cryptoactive in the coming months. The intention, says the government, is to facilitate the money transfer and, especially, evade the sanctions of President Donald Trump.
National Cryptocurrency initiatives extends to the world's most developed countries, such as Sweden. There the Central bank works to create the e-Krona, which has been perceived as a possible alternative to the decrease in the amount of coins and banknotes in circulation in that nation. This bank considers that its Cryptoactive must be equivalent to the current currency of the country, but that it should be used to make small transactions between consumers, companies and authorities. An important element in the Swedish project is that since this country is not part of the euro zone, its financial actions do not clash with the guidelines of the European Central Bank which specified that it will not permit Eurozone states to have their own Cryptocurrency.
Another very developed country that thinks of a national Cryptoactive is Switzerland, where it has already studied the feasibility of launching a Cryptocurrency called E-franc or Crypto-franchise. Israel has also considered the possibility of issuing a local Cryptocurrency that has the same value as its current currency, the shekel. Smaller jurisdictions believe in the usefulness of a Cryptocurrency. This is the case of Marshall Islands which will issue a Cryptocurrency, approved by the Parliament, under the name "Sovereign".
A giant who could throw herself in the Cryptocurrency race is China; Even though the Government has shown its disagreement over the use of Cryptocurrencies and the initial currency offers (ICO), the People's Bank of the most populous country in the world works to create a Cryptocurrency of its own, to follow a hybrid model, i.e. combine the main characteristics of a cryptoactive with the Yuan.
The list of countries that have shown interest in state Cryptocurrency is even greater and includes Japan, with its proposal by J-Coin, designed for replacement, in a non-distant future, the growing use of cash there; In addition, the Kazakhstan list, which evaluates the issuing of Cryptotenge and Cambodia, where they spoke of launching the Entapay, with a model similar to that of Venezuela and Russia, designed to evade the economic sanctions.