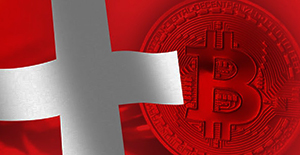 As reported on November 16th by Financial Times (FT), the Zurich Stock Exchange (SIX) will quote/announce by next week, the first exchange-traded product (ETP) in the world based on multiple cryptocurrencies.
Supported by the Swiss company Amun AG, the product will be included in the index and secured HÖDL five famous cryptocurrencies: Bitcoin (BTC) Ripple (XRP), Ethereum (ETH), Bitcoin Cash (BCH) and Litecoin (LTC).
According to the article, each cryptocurrency will have a specific market share. Bitcoin will represent about half of the ETP assets, while the remaining half will be divided among the other four cryptocurrencies: 25.4% XRP, 16.7% Ethereum, 5.2% Bitcoin Cash and 3% Litecoin.
According to Hany Rashwan, co-founder and CEO of Amun, the imminent ETF is organized to meet the same stringent policies required by traditional ETPs. According to Rashwan, it will be a well-regulated tool for Cryptocurrency trading, both for institutional investors and retailers, which are often limited by regulatory constraints.
According to the Swiss news agency Finews.com, the Amun ETP Index will be administered by the index department of the German company Van Eck. Although Amun AG is headquartered in the "Crypto Valley” Swiss of Zug, it appears to be a division of Amun Technologies, a UK-based financial technology company. The company announced the introduction of an ETP Cryptocurrency at the end of September this year.
According to Amun's official website, SIX is the fourth largest stock exchange in Europe, with a market capitalization of 1600 billion dollars. On Wednesday, November 14th, SIX’s director, Thomas Zeeb, said that blockchain-based digital exchanges will completely replace conventional ones in “about ten years," citing the great interest in the economic advantages of technology demonstrated by brokers, banks and insurance companies.

What is an ETP?

As Investopedia explains, ETP are a type of value whose price is calculated on a derivative basis and intra-daily within a national stock exchange, and are based on investment instruments such as raw material/commodities, currencies, stock prices or interest rates.
Some experts anticipates that the adoption of Bitcoin-based ETF will have a stronger impact on the market than future contracts used for cash regulation.
In Sweden, XBT providers has already launched an ETP in Bitcoin called Coinshares which, since its quotation on the Stockholm stock exchange in 2015, has attracted about 1 billion dollars in investments.
A few days ago, the U.S. Securities and Exchange Commission (SEC) stopped accepting public comments on the Bitcoin-based ETF policy review. The agency has already rejected nine ETF applications in BTC from three different companies: ProShares, Direxion and GraniteShares