From whales teeth to Bitcoin: a brief history of money 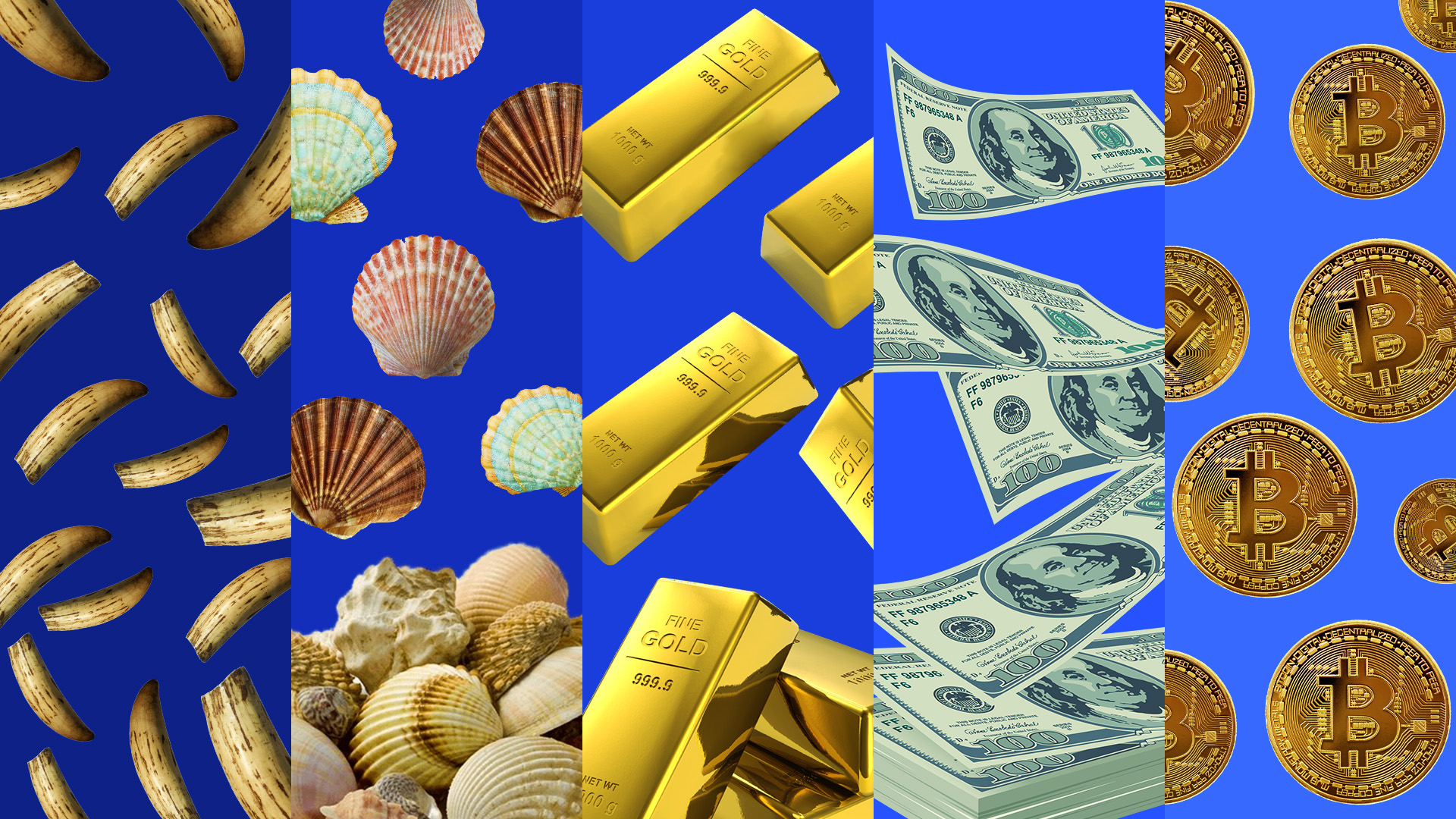 Money is an object that has no intrinsic value; however, at present, that scrap of paper, metal coin or cryptocurrency is indispensable in contemporary living.

How did this happen? The answer is in the centuries’ old history of money. In more remote times, money didn’t exist. People used products to barter; however, in the same measure with which the economy grew, maintaining the barter system became more and more complicated, because the two parties didn’t always agree.

It was in the middle of this scene that money appeared to facilitate those exchanges. Its advantages could be seen almost immediately, so they established a price for services and goods in a single unit and as a deposit of value.

In earlier times, practically anything could serve as money, from grains of rice, seashells, whales teeth, and even slaves. Nonetheless, metallic currency began to hold sway, like a smaller object, easy to work with and carry, and more enduring.

For a very long time, different types of currencies co-existed. A 1606 report from the Netherlands Parliament pointed out that there were more than 500 types of gold coins in the territory and more than 340 in silver. The wide-spread diversity became a problem for their commerce.

In 1609, the Bank of Amsterdam appeared. There, buyers and sellers could open accounts, where they collected metallic money. Then, not every transaction between them was resolved by the direct exchange of money, but it was the bank that gathered those transactions and took control. So, the bank was in position to act as the agent that gave security to all parties involved in the negotiation.

The history of money: from bartering to cryptocurrencies

Amsterdam’s experience was quickly replicated by other cities and governments that supported the creation of the first central banks. These gained control of issuing money and, this way, the wide diversity of currencies in circulation slowly began to disappear. The first central bank was the Riksbank, in Sweden, in 1668. Next, the Bank of England arose in 1694. Both offered credit to the Government and established a system for paying merchants.

In 1716, John Law founded the General Private Bank of Paris. From there, bills were issued and backed by gold deposits. It wasn’t the first time in history that bills were issued, but it was the most important.

All of the countries were creating their own central banks. These reduced the doubts about the quality of the bills and coins that were circulating and functioned as a means of stabilizing prices. As they controlled the emission of money, the central banks went on to be banks of the banks, because they granted liquidity.

After the end of the Bretton Woods system in 1971, which ended with the idea that dollar bills would be backed by gold, the world entered into a system completely focused on fiduciary money. The bills would back themselves.

However, the role of the central banks and the vitality of the contemporary financial system has been put in doubt by many. Technological advances have permitted the creation of alternatives that are becoming more and more attractive. For more than a few, the arrival of cryptocurrencies is one of the most advanced steps in the historical evolution of money.

Money’s history doesn’t end here. The Bank of Amsterdam’s accounting ledgers in the XVII century, are today called the blockchain, where each space can be audited and there’s no way to falsify. The fiduciary money and gold will give way to Bitcoin, Ethereum and other cryptocurrencies. It’s a revolution, but not fulminating. It will take its time to assert itself.