EOS launches its own blockchain 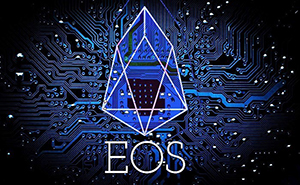 The EOS blockchain is officially active: it was the community itself that decided the time and date of the launch, thanks to a vote held 4 days ago directly on YouTube.
At the time, EOS is the fifth most important cryptocurrency in the world, with a market capitalization of more than 9 billion USD. The price of the currency is $10.28 USD.
In particular, it was EOS’s so-called “Block Producers”, the equivalent of the Bitcoin network’s miners, to decide during the last session of voting that the network had to be activated on June 9, 2018 at 3:00 p.m.
The news comes just a week after releasing the 1.0 version of the EOSIO protocol to the public by Block.one, the private company that created the platform. The software was planned for allowing businesses to develop simple scalability blockchain applications.
Last week EOSIO, in direct competition with Ethereum (ETH), as the protocol for the creation of decentralized applications (DApp), it has also received new funding. In collaboration with the British company, SVK Crypto, the company has, in fact, announced the launch of an investment fund valued at 50 million USD, aimed at supporting the EOSIO ecosystem.
Its developers define EOS as an operational system for businesses, which allows it to build Blockchain applications to replace those of the web, while at the same time maintaining the same structural principles. There are two characteristics that distinguish EOS from all the other Blockchain projects:

1. The first is the absence of transaction expenses thanks to a property model that uses network resources equivalent to its stake without it being necessary to pay for every transaction. This property model makes it possible to manage one’s own expenses before taking part in the system;
2. The second advantage is its scalability, with an operational power of millions of transactions per second.
Another important function of EOS is that the cryptocurrency doesn’t require a hard fork to implement large modifications to the network.

EOS is the direct opponent of Ethereum

Recently, EOS has also completed its campaign for gathering funds, which lasted for more than a year, gathering the considerable amount of 4 billion USD: the largest Initial Coin Offering (ICO) in history.
This project is set as the direct opponent of Ethereum (we’ve already spoken about EOS in our newsletter from April 11) we’ll talk again about a platform and, most of all, about a cryptocurrency that, despite the current downtrend, remains very interesting because of the technological developments that it will have in the near future and because of the investment possibilities (EOS was already placed in our portfolio EOS on April 11 with the closure of its position on May 23, with an excellent performance EOS in our portfolio.
It’s considered to be one of the projects with the greatest long-term potential; it has gathered funds with a very long ICO, which lasted 1 year (the ICO ended on June 2, 2018).
It’s a very ambitious project; in fact, its whitepaper is divided into two distinct and complementary documents: the Technical White Paper, where the technical notions are studied in depth, so it is therefore intended specifically for developers; and the Philosophical White Paper, a document intended for investors, which analyzes the economic context I which EOS should develop and indicates the values and objectives of the EOS project. The two documents, as we’ve said, are complementary. While the second explains with concepts what the platform would like to achieve, the first shows, with data and formulae, how it will be possible to achieve this in a practical manner.
EOS had to have a team with highly specialized and capable personalities and proficiency, in which Brendan Blumer (current CEO of Block.one) and Daniel Larimer (CTO of EOS) stand out. In particular, Daniel Larimer was the concept creator of DAO (Decentralized Autonomous Organization) and the developer of the Delegated Proof of Stake (DPoS) that is at the base of the EOS Blockchain.
EOS proposes creating a revolutionary blockchain that probably aims at competing with Ethereum (with an elevated number of transactions per second and with definitely much lower fees), so much so that it has been nicknamed “Ethereum on steroids” by some. In addition, just like Ethereum, the EOS blockchain supports an open source for the development of decentered and free apps and Smart Contracts. To render these implementations naturally flexible, EOS makes several very interesting services – such as upgrading, debugging, the possibility of secure authentication and putting the apps in communication between them – available to developers.
The EOS project is based on three fundamental passwords, which are highlighted on the homepage of the EOS site. These passwords are:

1) Scalability: regards the amount of transactions that the platform will be able to support. In contrast to Ethereum, as said before, EOS willow very low time lags (about 10 secs per transaction) even in the case of request overcoming;
2) Flexibility: it has to do with the block function of an operation in the case of both a system and a user error. Therefore, this function it possible to reverse an erroneous transaction like, for example, when a user inserts a wrong address for the recipient;
3) Usability: this regards the platform’s ease of use. EOS also looks to the less expert user, furnishing a graphic interface and intuitive and easy-to-use functionalities.

The EOS Mission emerges from all this: transmitting security and trust on its blockchain with the idea of attracting new investors. In fact, through the Block.one project’s financing EOS means to create a blockchain platform accessible by all businesses in a way that allows them to be able to take advantage of this informatics technology for their business. This way, EOS hopes to become the referral point and ecosystem of support for a new decentered economy.
EOS has always been quoted, even during the ICO event. In any case, the quotations began at a value of $0.40 USD and, in a brief period, they reached a record of about $18 USD (January 2018), to then settle around $6 USD. Currently, its value is about $10.28 USD, placing it at 5th place in the cryptocurrencies classification per market capitalization with a cap of more 9 billion dollars and a daily fluctuation of about 1 billion USD.
It’ possible to purchase EOS on many exchanges; we suggest Binance, HitBTC, Kraken, KuKoin, OKEx, IDEX.

EOS
Do you need a consultancy?
Book it