Where and how can I buy Tether? 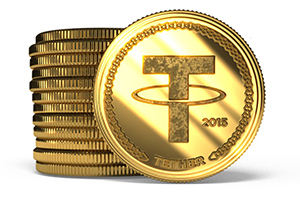 Tether is a Cryptocurrency that represents real tokens in a Blockchain market. It currently has two tokens, USDT and EURT, analogous to the USD and EUR. This Cryptocurrency allows to save money and make transactions worldwide in a simple way. Experts recommend it for all those who do not seek to speculate with Cryptocurrencies, but to use them for business without going through the traditional banking system.
Today it is possible to buy and sell Tether in the main Exchange sites such as Bittrex, Bitfinex, Poloniex, Huobi, Kraken, Kucoin, etc. Although they do not trade with fiduciary currencies, they use USDT tokens to allow direct use through the trustee. It is possible to save blockchain tokens in any ERC-20 compliant wallet, while there is also the option to use the Tether.io wallet.

Tether is not volatile

Initially, Tether was based on the blockchain of Bitcoin, but in June 2017 decided to move to the blockchain of Litecoin, and thus accelerated the transaction speed. Tether operates through the Omni protocol, an open source software that connects with the blockchain to allow conversion, issuance and return of tokens.
An exceptional aspect of Tether is that, unlike other Cryptocurrencies, such as the Bitcoin, it is not volatile and gives people more security, as it supports real currencies such as USD and EUR. So, unlike what happens with the Bitcoin, it's easy to change Tether for trust money. Tether maintains reserves through the accounts maintained by the Company Tether Limited. In addition, while Bitcoin and Dash set commissions between transactions, Tether does not have such commissions, although there are costs to change the Tether in fiduciary currency.
Contrary to what happens with other Cryptocurrencies, Tether is considered completely transparent, since it makes public its balance of values and effects in real time; In addition, it frequently passes through audits and each USDt is insured by its original currency.
The system and the Cryptocurrency were created by the company Tether Limited, which has offices in Hong Kong and the United States. Tether has proven to be very useful, due to its constant value, its ability to be used for trading in many of the major exchange sites and its ability to deliver liquidity.