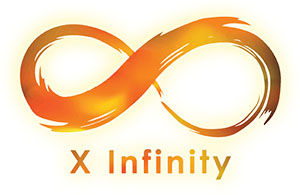 X-Infinity has developed a wallet where it is possible to store more Cryptocurrencies in a safe way. This wallet is also connected to a custom debit card, which can be used in any vendor who accepts debit cards and also permits cash withdrawals at international ATMs. X-Infinity’s main goal is to provide a solution in which all Cryptocurrencies are collected in a single wallet and can be used worldwide.
It is estimated that with the launching of the XIF debit card, XIF tokens will be able to be used more than 200 million sales point worldwide and the XIF debit card will equally permit cash withdrawals at any international ATM.
XIF's Blockchain is derived from Bitcoin bifurcation protocol with relevant modifications for substantially greater speed and reliability. The cryptography adopted is an elliptical curve algorithm. Each new node must be approved by the network and the network ensures a high performance for each node. Network traffic is divided into several subsections to ensure optimal performance, also known as sharding. Each transaction on the network is verified by multiple nodes and transmitted through the relevant Shard groups, also known as multiple signatures. Due to the nature of an approved network, the Proof of Stake algorithm is adopted, both for efficiency and for future public inter-operability. All of these components have been combined to create an ultra-fast, flexible, and reliable network in which our customers can create world-class applications.

The XIF token on X-Infinity platform

With a regard to the purchase of XIF tokens, the public sale began on August 8 and will end on December 31, 2018.
XIF is an important token, which is used for all transactions within the X-Infinity platform. The XIF token can be purchased for 0.1 USD or at the exchange rate of 1 ETH = 6000 XIF.
XIF tokens can be purchased through ETH and BTC. The purchased tokens will be stored in the user's purse (wallet) on the X-Infinity platform. Buyers and all wallet holders must also approve the KYC verification and identification process, which is now necessary to participate in all ICO's. A total of 600 million XIF will be offered for sale during ICO. Unsold tokens will be blocked for 12 months, and then 10% of the total unsold currencies will be launched in each quarter and distributed to the public, according to commercial requirements.
A soft cap (minimum capital to be collected) has not been established because 8 million dollars was already collected in the pre-ICO phase; So at this point, there are enough funds to proceed with the project. Instead, the hard cap (target capital to be collected) was set at 24 million dollars.
The XIF tokens’ quotation will be carried out in the major exchanges once the ICO is completed.