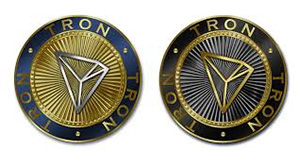 Tron is a cryptocurrency that works with blockchains which proposes building a platform dedicated to the entertainment industry. Tron has its headquarters in Singapore and is directed by the very young – not even thirty-three years old – CEO Justin Sun, who was a prodigal programmer of Ali Baba and a representative for Ripple in Asia, and who, after creating the musical App Peiwo which has been downloaded by more than 10 million users, went on to direct Tron.
The Tron project is truly very demanding, because it hopes to build a platform that contains an entire self-sustainable ecosystem. The first element of the system is a social network where every user has his own independent space from which he can autonomously manage all of the system’s services and also have a storage space at his disposition, and everything is free. One of the advantages of this social would be that each of them can present its own profile in the format that he prefers and publish the amount of information that he feels is the most appropriate. And the storage space allows him to publish and exchange any type of files or to even publish his own website.
The platform’s second element will be identified to intelligent contracts where, thanks to a wide variety of programming languages, the blockchain can close a block every 15 seconds, compared to Bitcoin’s 10 minutes, and process 1500 operations per second compared to Bitcoin’s 7 operations per second and Ethereum’s 25.
The third element is the decentralization of the entertainment industry where, for entertainment, we mean:

3) Online videos (movies, TV series, and any other type of video;

The online entertainment industry has had a constant world-wide growth of between 4% and 5%, while the traditional entertainment industry has gone in the opposite direction, signaling, therefore, a definitive tendency in favor of going online. So, it’s a growing market with an enormous volume. Tron, by means of its token TRX is trying to be the lifeblood that supports and feeds the entire system, through various mechanisms, incentives, penalizations and transactions that will give life to a unique ecosystem and a new concept.
Currently, more than 65 billion TRX, which are a part of a total 100 billion that will be released, are in circulation. In conclusion, Tron is carrying forward a very interesting project and can be considered one of the currencies to be kept in mind and to keep an eye on during its development.