What is Reddcoin (RDD)? 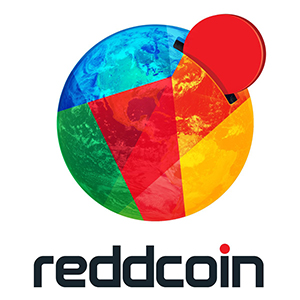 In a world where social networks are becoming the main information, entertainment and participation channels, we can talk of Reddcoin which is a Cryptocurrency that allows payments within the most important social networks. The social currency that provides its users with a platform to send and receive money through social networks. Certainly, we can say that the project on which Reddcoin is based is ambitious, has considerable potentials and a very wide commercial area.
It has been said that Reddcoin integrates seamlessly with the best known and used social networks (Facebook, Twitter, YouTube, GooglePlus, etc.) through its "platform Tip". This allows you to send and receive money in social networks. The integration of the platform is perfect, easy to use and immediate. The objective of the Reddcoin project is, therefore, to become a reference Cryptocurrency for social network users who can support the people who follows them through micro-donations.
The Reddcoin project has been marked since its birth by a roadmap.

Reddcoin stages and the main objectives

Let's look at the stages and the main objectives:

In short, the objective of the Reddcoin project is to make the use of Crytocurrencies and particularly RDD, to be more social, therefore, more common, widespread and easy to use.
Another feature of Reddcoin, which is more and more directed to its developers is the usability of the platform. Users should not be experts in algorithms and Blockchain to be able to exchange RDD immediately and through an easy-to-read interface.
Reddcoin entered the market on 10/02/2014. On the launching day, its value was 0.000035 USD, a quote that remained constant until mid-2017. From this date, in a short time, it gained more than 9,500% and, thereafter a brief descent, reached the record price of 0.022 USD. Presently its value is 0.0045 USD, ranking 80th in the Cryptoccurencies market capitalization with a limit of about 130 million dollars and a daily floating capital of approximately 6 million dollars.
It is possible to buy RDD in many Exchange; We suggest Bittrex, Crytopia, YoBit and Litebit.eu