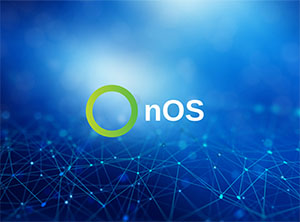 It stands for (NEO operating system). Basically, the initiative is to build the operating system and gateway for the NEO Blockchain. The main goal of the project is to provide users with full control over their confidential data sharing online. In fact, currently on the internet, companies collect data from users and take advantage of them to sell products or use them for any other reason without the concern of the users. The virtual operating system will be driven by the NEO Smart Economy, this operating system will connect to an open network where applications will be completely decentralized.
NOS clients will have applications for the desktop and smartphone. It will be something similar to the app store and web browser, but completely decentralized and all user’s data will be protected; the users will have full control of their personal data. With the use of the nOS client, all users can access a "transparent" Internet. NOS has already submitted its MVP client for developers. In addition, it actively encourages developers to create applications that runs on nOS and to interact in the source code that is already in the pre-sale phase. All project contributors, from now on, will have priority when buying nOS tokens during the pre-sale phase which should take place in the next two (2) months.

The project is planned for the 2019

The tokens to be use on the platform will be NEO; in fact, when using nOS dApps, the user will not need to use other tokens since we will automatically convert to the correct number of NEP-5 tokens required for a specific transaction or request.
The whole project is planned to be fully operational during 2019, which is really interesting from the investor's point of view.
The nOS team consists of five (5) active members and one (1) consultant. All team members are developers and are familiar with Blockchain technologies. In addition, most of the team members worked within the NEO project; nOS consultant, Roger Lim, is the executive director of NEO Global Capital with which he is associated. These projects will surely attract a lot of attention, because NEOs have a large community and a good reputation in the world of Cryptocurrency and Blockchain.

nOS, NEO
Do you need a consultancy?
Book it