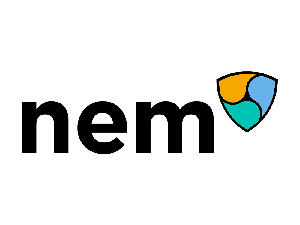 It’s one of the most interesting cryptocurrency alternatives to Bitcoin in circulation at present, thanks to a very ambitious and different project compared to Bitcoin. The cryptocurrency NEM, abbreviation of “New Economy Movement” was launched on March 31, 2015 with the “XEM” symbol in the exchanges.
Completely developed with Java (although now they are re-writing the code in C++), NEM initially had to be born with an NXT hard fork, another existing project, although then the developers changed their opinion. NEM is the first blockchain based on what the team of developers call “Smart Asset System” which is the principal characteristic of this cryptocurrency. This platform was designed to be an open and highly customizable blockchain, constructed with API, simple but powerful and useable for multiple functions.
Through the Smart Assets, the developers can use the NEM network at their pleasure and, as was mentioned before, for multiple functions. Some of the more interesting can be: ballots, elections, crowdfunding, custody payments or services, stock ownership, safe archive storage, managing client-fidelity programs, etc.

Smart Asset System that characterizes an NEM can be divided into four basic components:

As you can see, NEM is a project that easily lends itself to being used for many types of negotiations ad for different functionalities, in contrast with the famous Bitcoins that function purely as money.
One important difference between Bitcoin and NEM is that NEM uses the so-called algorithm Proof-of- Importance instead of Bitcoin’s Proof-of-Work, to obtain an approval and to develop participation within the network. Each node that forms part of the NEM network has an importance score or a type of evaluation that is assigned and in light of which the amount of times a node can be used for harvesting XEM (XEM is “harvested”; it isn’t mined), the token used inside the NEM network.
In short, harvesting NEM can be similar to mining Bitcoins: this is the way that you can obtain XEM from the NEM network. However, in order to have an importance score and participate in the harvesting, you will have to have at least 10,000 XEM in your account. In addition, the graph of general transactions in NEM is constantly analyzed for understanding which nodes are the ones that contribute the most to the network’s growth. Ultimately, this system has been considered for recompensing the ones who are most active in the NEM network: the more assets you have, the higher your importance score will be and you’ll have more chances to participate in harvesting and earn XEM as recompense.
However, there’s something else in favor of NEM: given that the Proof-of- Importance doesn’t ask for performances from major hardware, any person with any average-rated computer can, therefore, be converted into a complete node of the NEM network and participate in harvesting.
This kind of system avoids having the harvesting being centralized in the hands of a few people that can pay for expensive servers and equipment dedicated to this operation. This is exactly what happens with Bitcoin, where the computing power required now for mining Bitcoins is really out of control and requires dedicated and complex hardware. Another big advantage in favor of NEM is that the network requires very little energy to work. To manage a node and ergo participate in the harvesting phase, it takes 100 times less energy compared to the node management in the Bitcoin network. This explains why the commission fees in the NEM network are so compared to the competition. To be precise, the current price for transactions on NEM is only 0.01% of the transaction’s value. An extremely low amount compared not only with other cryptocurrencies, but also with the most famous ways of payment, like VISA and MasterCard, which demand commissions from 1.5% to 3%. And they’re also very quick: only 6 seconds to appear on the blockchain and 20 seconds for the confirmation of the transaction. NEM is a network where there is a 100% traceability of the transactions that are carried out inside it. Therefore NEM isn’t a cryptocurrency that makes privacy or anonymity one of its strong points, like happens with other cryptocurrencies like Monero and Dash, for example. On the contrary, NEM is focused on total transparency with the transactions made by its users.
As you can see on the NEM graph, the exchange rate of this cryptocurrency rose to 2.00 USD in December 2018. Its value suffered a heavy drop, like all the other cryptocurrencies during the first trimester of 2018, dropping to 0.22 USD. NEM is undoubtedly an interesting project which should invested in for a medium to long term. Certainly, it’s not a cryptocurrency suited to mere speculation, precisely because NEM is focused more on the development of its platform to encourage its use as an exchange.
Now, with these values, it could be a good time to invest or increase positions (XEM is already included in our wallet) keeping in mind that in the next few months of 2018 new updates will certainly be introduced. According to the analyses, NEM could easily return to 2.00 USD and probably establish itself at around 3.00 USD for 2018.
At present, XEM is quoted at 0.40 USD, classifying at 14th place in the ranking for cryptocurrency per market capitalization with a limit of 3 thousand million and 600 million dollars; however it could quickly enter the TOP 10. Undoubtedly, it represents a much more interesting digital currency from a commercial and speculative point of view.
It is currently possible to buy XEMs in many Exchanges, even among the best known; we suggest: Binance, HitBTC, OKEx, Huobi, Poloniex, Bittrex, and Livecoin.