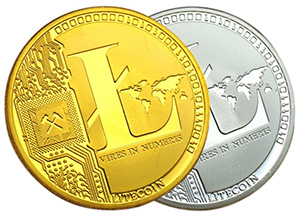 Litecoin is a point to point cryptocurrency that works on a blockchain platform which was created to act as a payment system with a very much reduced commission fee.
Litecoin was begun by Charlie Lee in 2011, during the period when he worked for Google. Litecoin’s Blockchain was made by imitating Bitcoin’s with, however, improvements that consent to noticeably reducing transaction times and lowering the cost of mining so as to apply much lower commission fees to the user. The maximum amount of the Litecoins has been set at 84 million pieces, of which 56 million have already been mined and are circulating on the market.
Litecoin’s quotation has remained fairly stale during the last 3 years with the price fluctuating from USD 2 to USD 4, up until the last trimester of 2017 when the price reached a maximum of USD 371.

Lately, Litecoin has taken many initiatives or continually widening its operations as a payment system. Recently, the creation of a debit and credit card, Lite Card, has been announced and Litecoins can be transferred to it directly from one’s wallet; when a payment must be made, the card automatically proceeds to change the Litecoins into the fiat currency for which the commerce will receive the credit into its normal bank account. And the commissions will be only 1%, much lower than those of a normal credit card which reach at least 3%.
The Litecoin Foundation, which is occupied with the development of the currency, has declared that it wants to accelerate the introduction of the Litecoin into the payment processes, with the hopes of being able to occupy an important part of the market quotation of micropayments, which would be more consistent with Litecoin rather than with Bitcoin which, according to them, would be more appropriate to the transactions of a more elevated amount that could assimilate the greater transaction fees that Bitcoin applies.