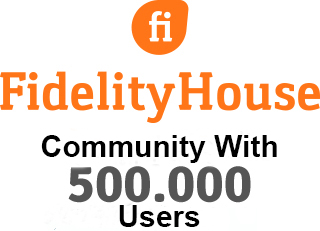 FidelityHouse is an ICO and Italian social network with an already interesting number: 20 million monthly unique users and 100 million views per month.
However, the most correct definition would be "interest network” because it is not a generic social network: In fact, users use it to keep up with their interests and publish content gained visualizations.
It has even received recognition from Facebook as the second success story in Italy in the 'Entertainment and media' sector after FanPage. In addition, in 2018 Financial Times included the company Horizon Group, which created the platform, in the ranking “FT1000 Europe Fastest Growing companies", which selects the thousand European companies with higher economic growth from 2013 to 2016, placing it at 490 positions in Europe and 42nd in Italy.
On June 7, 2018 began the public offering of Equity Crowdfunding, after the first private round was successfully closed.
The date was established directly by Consob and will cover 10% of the capital of Horizon Group, with a pre-evaluation of 6.5 million euros: The hard cap was established at 650 000 euros, to which, by the end of the year, an authentic ICO.

Therefore, the itinerary is regulated as follows: Round 1 private, Round 2 public offering of Equity Crowdfunding and Round 3 an ICO. Everything will take place in just 9 months in order to achieve the worldwide launch of the FidelityHouse.com platform in 2019, whose income percentage model with users will be supported by FidelityHouse Coin (ERC20 token) based on the Ethereum blockchain to ensure security and transparency in valuations.
Recently Alvise Saccomani, the current Chief Operating Officer of BANOR SIM, has joined the members of Horizon Group, as well as Giuseppe Bronzino, Sales Director of Smartclip Italy, Marco Valenti, CEO and Founder of Moving Up Srl, Sebastiano Cappa, General Manager of Ligatus Italy and member of the Board of Directors of IAB Italy and IAB Europe, Filippo Marcassoli, Crypto Investor, and Luca del Torchio, Manager at Safilo and son of the well-known Gabriele Del Torchio, former CEO of Ferretti Group, Alitalia, Gruppo 24 Ore and Ducati.
Francesco Fasanaro, CEO and founder of Horizon Group said: "The entry of Alvise Saccomani among members reaffirms the concretion and actual substance of our project, which has more than a decade of consolidated history and professionals, which the market and active users in our circuit recognize with a high reliability. These are the assets by which we are receiving continuous expressions of interest and membership requests of which we are proud “.