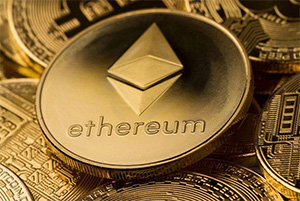 Ethereum is second Cryptocurrency in terms of market capitalization after Bitcoin. In most cases Bitcoin and Ethereum are cited as examples of Cryptocurrencies whereas the truth is that, although they have some similar characteristics, they are two different financial products.
Ethereum appeared 4 years after Bitcoin and its peculiarity is that it introduced a great innovation in the Blockchain based on a more complex and advanced programming that allows to run different softwares. That is, like the creation of other currencies in addition to the implementation of Smart contracts and different independent applications called “Dapps ".
The exchange of values within this platform is done with the Ether, which is not a currency like Bitcoin, but a token that represents a financial value. To understand this platform takes the example of a casino using it, Ethereum is thus the structure meaning the casino meanwhile the Ethers are the chips used in the casino.
Another important difference is that Bitcoin will have a finite amount of 21 million pieces that are supposed to be completed around 2040, while for Ethers no maximum amount has been set and has only been established so that it can issued up to 18 million pieces each year, so, now in 2018, we will be in the presence of a circulating mass that approaches 100 million of Ethers.

What is the difference between Bitcoin and Ethereum

Therefore, it is clear that the differences between Bitcoin and Ether are quite pronounced. Bitcoin is a currency emitted in a finite amount that can be reevaluated to the extent that it is widely used as a payment system or as a means of value accumulation, while Ether is much more like an action that represents the value generated by the company and can increase its price according to the surplus value that the company Ethereum can produce in the form of technological innovation and with the offer of services to third parties. In addition, Ether's annual emissions should be interpreted as capital gains that should compensate for capital gains and gains within the year or that are expected to be created in the near future.
Undoubtedly Ethereum, with its technological innovations has generated high expectations and can continue to give great satisfaction to its investors, it is only recommended to be well informed and attentive because in this new Cryptocurrency market, the Companies are not subject to the obligations of balance sheets publications and other periodic information, as does the companies that are listed on the stock exchange.