What is Bravo (BVO)? 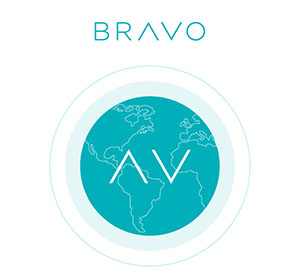 Bravo is a project initiated in 2014 which has decided to revolutionize the anonymous micropayments sector thanks to its online mobile payment application. In 2015, BRAVO's Minimum Viable Product (MVP) was designed and launched at TechCrunch Disrupt in San Francisco, where it won the Audience Choice Award. In 2017, the beta version of BRAVO was presented in ABC's SharkTank with an agreement with Mark Cuban and Lori Greiner. Since then, BRAVO has achieved significant visibility with a community of tens of thousands of users and millions of dollars in transactions. Therefore, BRAVO has begun to build an innovative, user-centric, hybrid Blockchain platform that supports public and private payments using the Bravo tokens (BVO). BRAVO's goal is to allow payments on users' phones. BRAVO’s plan is to achieve global coverage and growth outside the United States (where the service is already active) through the implementation of its hybrid Blockchain as well as data cryptography with tokenization technologies to allow anonymous transactions, safe and hassle-free worldwide at minimum rates. BRAVO is one of the few ICO in the world that already has an active business (on the American market). In the second quarter of 2019, BRAVO will launch its own token for instant, secure and anonymous payments worldwide.

What is the Bravo project?

The project started in October 2013 with the business deal and market research. But the actual launch of the Blockchain project took place in January 2017. In autumn 2018, public sale will take place. In the first quarter of 2019 we will see BVO's quote in some major exchanges, but the focal date is the 2nd quarter of 2019 with the release of the final product at the public level. Therefore, in the space of a year from now, we could see the commercialization of a very practical and interesting product, among other things, already used and tested, but not through the Blockchain technology.
The BVO token will have ERC20 standards compatible with the Ethereum network and will be used primarily within the platform as one of the methods of payment and money remittance among Bravo users. Bravo chips are classified as utilities.
The total supply hasn’t been indicated, while the BVO tokens in circulation will be 500 million. Unsold tokens during public sale will be deleted (burn)
The public sale will begin on October 1st and will end on November 30, 2018. The official launch of the platform is scheduled for the second quarter of 2019.
A soft stop (minimum collection quantity) has not been determined but, on the other hand, the hard stop (ideal collection level) has been set at 34.7 million dollars.
It will be possible to purchase the BVO token during the pre-sales period at a price of $0.1. However, payment can only be made at ETH and BTC.
In order to avoid possible legal disputes, all buyers of BVO tokens will be subject to KYC and anti-money laundering procedures (therefore, they must provide their personal and residence details, as well as a copy of an identity document).