What is Bitshares (BTS)? 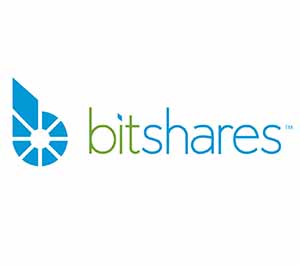 This week, we will be discussing a token that has been catalogued as one of the top ten Blockchain projects by the China Center for Information and Development (CCID).
BitShares is a Cryptocurrency created in the middle of 2014.It is also an efficient blockchain platform based on the innovative graphene technology (developed by Cryptonomex), a variation of Ethereum classic Blockchain
As aforementioned, BitShares is based on graphene technology and uses a DPoS (delegated Proof-Stake) consent algorithm as well as EOS and Steem. This means that voting on consensus issues can be democratically exercised by all token holders.
According to experts of the sector, graphene technology is much more efficient than all existing analogues and, thanks to this technology, BitShares is theoretically capable of performing a maximum of 100.000 transactions per second with a block time of 1.5 seconds.
Bitshares is a token that cannot be mined and distributed in the exchanges, the total offer is 3,600,570,502 BTS.

Operations of the BitShares platform is controlled by a decentralized autonomous company (DAC), an innovative structure that has brought a new way of doing business and managing them. A DAC permits BitShares holders to contribute and ultimately decide on future policies. BTS itself is actually a DAC and represents the beauty of Blockchain technology and decentralization in its purest form. The BitShares platform is programmed in such a way that there is a budget for workers who updates and develops the platform.
The best aspect of BitShares is that the address of your wallet consists of your chosen user name, which is much more effective than the long strings of letters and characteristic numbers of the Cryptocurrencies purses.
BitShares was created in 2014 by the American programmer and businessman Daniel Rimer, who was also responsible for the creation of the Steem Blockchain and is currently working on the EOS project. Although Dan Rimer is not as famous as Vitalik Buterin of Ethereum or Charlie Lee of Litecoin, he remains a pioneer in the world of Cryptocurrency, seen as a rare visionary who is mainly concerned about the content of the project and not merely for the fund-raising.

BitShares competes with traditional banks by issuing collateralizing BitAssets, i.e., stable assets linked to currencies and raw materials, such as BitUSD, BitGOLD and BitCNY. This means 1 BitUSD today will have a value of 1 dollar within a week, a month or a year from today. The BitAssets minimizes volatility-related risks in the Cryptocurrency market by linking BitAssets values (BitUSD, BitEuro) with the most common fiduciary currencies, such as USD, Euro, etc.
Smart Coins are expendable, divisible without any restriction and considered as a valid tool that can be used by everyone, from speculators and savers to traders and entrepreneurs.

Price-anchored Smart Coins (BitAssets) have almost 4 functions which are as follows:

Bitshares was launched in mid 2014 with a value of 0.023 USD: It remained stable for years, until June 2017 when it reached the ceiling at 0.46 USD (10/06/2017), and then the absolute maximum of 0.87 USD (01/03/2018). Later, it made another relative maximum of 0.37 USD (03/05/2018) and then followed the downward trend of the Cryptocurrency market right up to the current minimum values of about 0.1 USD.
Also for BTS, as to all the most important Cryptocurrencies, we can expect another possible minimum period (absolute or relative) by the end of this year, but then it should (conditional is obligatory) starts another important and lasting bull market period.
Currently (13/11/2018), the price of BTS is 0093 USD. Market capitalization is over 248 million dollars (Source: CoinMarketCap.com), placing BTS 35th by market capitalization. In the medium/long term (12-60 months), BTS is without a doubt a very suggestive token given the excellent technical characteristics and originality of the project at a global scale. As a result, even your quotation should be considerably appreciated once this recession is over. Since the project is well known, it is now possible to buy BTS in many exchanges (Binance, Poloniex, Livecoin, Huobi, ZB.COM, BTC-Alpha, etc.).