What is a blockchain? And why it’s important 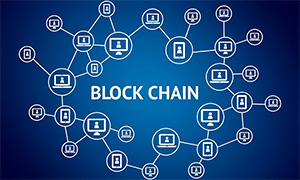 The Blockchain is the software invented by Satoshi Nakamoto for the decentralized distribution of Bitcoin. Bitcoin and Blockchain are often used as synonyms, but actually, Blockchain is an open software that was absolutely innovative for that period which, since then, has undergone a transformation that is still underway and could ring about a real change in the paradigm in the internet world.
Blockchain uses a data base distributed on a point to point network where transactions are recorded and which are memorized forever in chronological order and can be neither modified nor destroyed. This way, the rights inherent to the transactions are safeguarded and at the same time furnish an online public register that guarantees maximum transparency. The point to point network is a network of computers connected to one another, where there is no central authority that tells it what to do or organizes it, and where or one in particular gives their approval since it is reached by a majority vote.

The lack of a central authority has the benefit of eliminating the middle man and of being able to reach every user on the network, without passing through an intermediary. This is why one of the first applications that have been experimented with on the blockchain regards international bank transfers, which depend on the network of bank correspondents that is available to the issuing bank and which, at times, can take up to two or three days to arrive at their destination and involve high commission fees. Instead, with the transfer via blockchain, the money reaches its destination in two seconds with zero fees.
The blockchain’s evolution seems to have barely begun, but it’s already clear that it will be a true revolution. A new era has been opened on the web, where, because of the effects of decentralization and the elimination of intermediaries, some types of businesses that offer centralized services and take on the role of intermediaries could disappear, such as: