What are stable Cryptocurrencies? 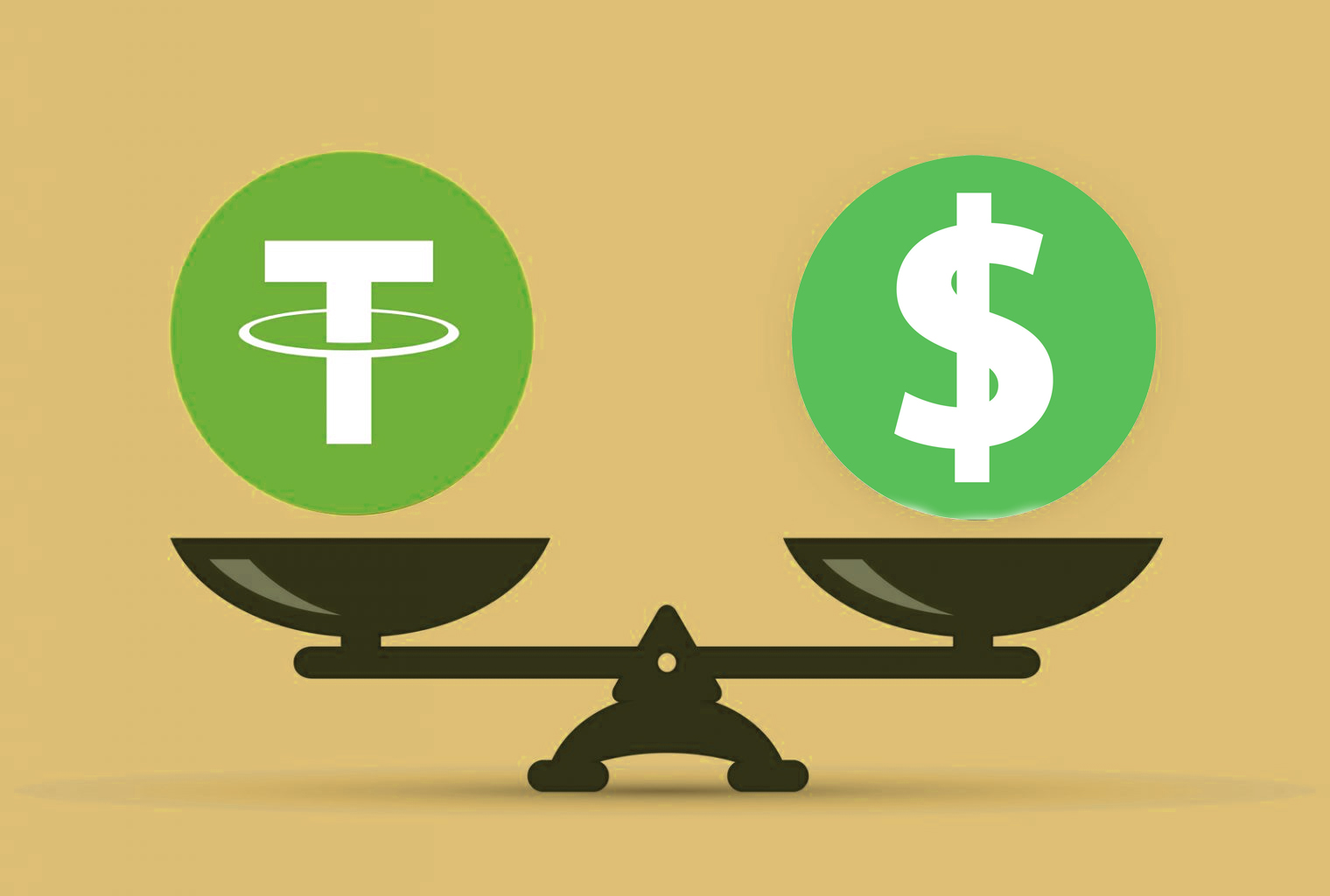 Cryptocurrencies have developed throughout the world because of their multiple benefits, including the low transaction costs and decentralization; However, its volatility continues to arouse many doubts among investors, given the very real risk that the price of any cryptoactive product evolves considerably within a short period of time. One possible solution to this problem is the so-called stable Cryptocurrency, backed by fiduciary currency (Fiat money).
Unlike other highly volatile Cryptocurrencies, stable Cryptocurrencies have been designed for a fixed price or value over a given period. Therefore, they are less volatile and offer users the advantages of a cryptoactive, without having to worry about the constant evolution of prices, since they are based on the real world.
For each stable Cryptocurrency, there is a dollar, peso or even a gold ounce that supports it. Among the most outstanding features of stable Cryptocurrencies, we find that users can use them without the fear for the bankruptcy of foreign exchange offices; The investment is more stable because it does not depend on the ever-unpredictable volatility of the Cryptocurrency, but the value of gold, silver, Chinese yen or US dollar and one of the elements most appreciated by the users is the fact that they can invest in gold, without any obligation to have it physically or any worry of storing it, because the Cryptocurrency acts on behalf of the asset.
One of the forecasts adopted by companies that uses stable Cryptocurrencies is to always show that each Cryptoactive is backed up by fiduciary currency. This is why these companies frequently ask specialized entities to conduct audits, so that the analysis becomes clear to the public that there is available money for Cryptoactive.

What are the benefits of stable Cryptocurrencies?

What are the main stable Cryptocurrencies today?

Tether is supported/backed by the US dollar and is one of the most used these days. It has two tokens: USDT and EURT, which are analogous to the dollar and euro. Its market capitalization of 1 901 255 607 USD and a total of 1 926 421 736 dollars in circulation represented by the Tether.
This stable crypto-currency is mounted on the Omni protocol, a token-creation platform that runs on the Bitcoin blockchain. However, there are already Tether tokens in the Ethereum blockchain, with in ERC20 token.
The funds that supports Tether are kept in the "Tether Treasury" account, managed by Bitfinex, which is considered to be one of the most important foreign exchange companies in the world. Few people have criticized the power of Bitfinex on the Tether.

TrueUSD is another stable Cryptocurrency supported by the US dollar. It appeared in 2018, with the aim of being more transparent in its operations than Tether. TrueUSD was generated as RC20 token in the Ethereum blockchain and today has a 16.6 million token distribution of units. Contrary to what is happening with Tether, TrueUSD reserves are stored in the accounts of different trust companies that have established custody agreements. The contents of all these accounts are published daily and an audit is carried out at the end of each month, in order to increase investor’s confidence.

What is Digix Gold?

Another example of stable Cryptocurrency is Digix gold, which is baked by gold. This cryptoactive became operational in 2014, Singapore, and each token is equivalent to a gram of gold. According to Ethereum's smart contract, 32 300 tokens worth 1.4 million million were issued. The issuing company of Digix Gold stated that it’s possible for investors to replace 100 tokens with 100 grams of physical gold.
If Digix gold works with gold, Arg3ntum is a stable Cryptocurrency backed by sliver. Each token is equivalent to a gram of fine silver. The concept was developed in Germany and the funds are managed from Canada by the Company Bloxolid, which also hires external companies to carry out audits on the saved funds.
Another type of stable Cryptocurrencies are those backed by the reserves of another Cryptocurrency. In these, a stable token is usually issued with a doubled value of the other Cryptocurrency. So parity is 1:2. That is, if the stable Cryptocurrency is a dollar, the backup will have to be twice that amount. In this category, there are two very strong Cryptocurrencies: BitUSD and Dai.

Dai was created by the company MakerDAO, in 2017 and is backed by Ether's digital assets, of each user, that are maintained in intelligent contracts. The Cryptocurrency is issued in the form of ERC20 token in the Ethereum blockchain. For a user to generate a DAI, he must block a double amount of ETH in a smart contract.
According to its intelligent contract, 37.6 million of DAI have been issued to date and this stable Cryptocurrency is found in the decentralized Ethereum’s exchange platforms.

BitUSD was created by Dan Rimer in 2013 and is currently supported by BitShares platform, which also grants BitCNY and BitGold and other tokens, called Bipacks.
BitShares lends a BitAsset when the user has Bitshare (BTS) Cryptocurrencies with values four times higher than the loan. The BTS will be blocked automatically so as to cover the cost and repay the loan, in case the market is unfavorable.
According to COINMARKETCAP, more than 14.8 million of BitUSD have been issued. This stable Cryptocurrency is generally managed in decentralized exchange centres based on the BitShares blockchain. The third category of stable Cryptocurrencies is that of cryptoactive that do not have an asset backup as collateral. In order to maintain price stability, a mechanism called “Seigniorage shares" is used, which was designed by Robert Sams, CEO of Clearmatics Technologies Ltd.
The mechanism designs the programming of smart contracts so that they resemble a Reserve Bank and thus increase and reduce the supply of money in the Blockchain. Through this mechanism, the price of the stable Cryptocurrency is adapted to the value of a linked asset, for example the US dollar. In this case, if the currency is trading, the smart contract eliminates the tokens and increases the bid/supply, causing a drop in the value of the token.

Basisis a stable Cryptocurrency with no backup asset, called Basecoin. The idea with this cryptoactive is that it can be linked to a group of assets, including the consumer price index, as owners use the Cryptocurrency to purchase goods and services.
The basic protocol is decentralized and depends on the data provided by third parties. So they adjust the amount of tokens it emits depending on their market value. To do this, three different tokens are used: Basecoin, Base links, and Basic actions.
Another Cryptocurrency of this category is NuBits, developed in 2014. This cryptoactive uses a decentralized liquidity fund from the blockchain, which allows users to control their resources and exchange their tokens.
The NuBits platform emits new currencies to meet the demands of the users. The network controls the supply of outstanding Cryptocurrencies in order to maintain price stability.

What is the future of stable Cryptocurrencies?

According to a good number of specialists, stable Cryptocurrencies will lead to a greater global adoption of Cryptocurrencies. In the case of the third analyzed category, these cryptoactives uses stability mechanisms similar to those used by reserve banks with fiduciary funds, although without abandoning its decentralized condition.
But the vast majority of analysts believe that, without taking into account the classification of the token, stable Cryptocurrencies have positioned themselves as the best option in the face of other Cryptocurrencies volatility. Therefore, in the face of greater penetration of stable cryptoactives, it’s foreseeable that more will be used to carry out all types of purchases, sign contracts and send remittances abroad.