What are decentralized exchanges? 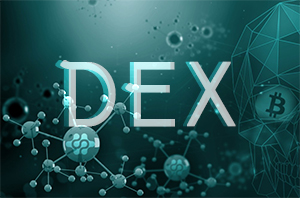 You must have surely tried once to register on a Cryptocurrency Exchange site, for example, to buy Bitcoins or other digital currencies. If you've done it, you may have noticed that it's not a joke...
Also, if you have had some experience moving large amounts from or to an exchange, you will have found different withdrawal/deposit limits and problems related to the KYC form.
In short, the exchanges (which are the safest and most immediate way to buy Cryptocurrencies, once they have been registered), they are not more easy to use.
Indeed, many people who have approached this world for the first time were slowed down by the registration procedures required by the exchanges. These procedures are really necessary and often obligatory for two reasons:

1. To guarantee the account’s security in order to avoid the stealing of funds;
2. Comply with the laws against money laundering (AML and KYC), especially if the exchanges also allowed the use of traditional fiduciary currencies (EUR, USD, etc.).

Decentralized exchanges (also called DEX) completely surpass these two obstacles, because they are platforms not managed by third parties.
Currently, there are some operating DEXs, but they have a big problem: The low (or very low) liquidity that makes exchanges are not efficient enough (it is often difficult to find a counterpart that proposes prices in line with quotes from the market or there are proposals to buy/sell in small quantities). For example, StellarX, a newly created DEX, has very low negotiating volumes, almost irrelevant, despite having no commission costs in the trade.
The solution is to create DEX that are "connected " to existing exchanges, and with large volumes of exchanges, to solve once and for all the problem of its low liquidity (in this case provided by the large traditional centralized exchange to which they are connected).

3 reasons why decentralized exchanges are revolutionary

But why are the DEX revolutionaries?

But it must be added that real DEX works with Cryptocurrencies and not the fiduciary currencies. Of course, thanks to the so-called "stable coins" It is possible to use within a DEX a Cryptocurrency that “represents” a fiduciary currency, but at the moment of it conversion to real fiduciary currency, it could activate the AML and KYC controls. In addition, many Cryptocurrencies already permits absolute financial freedom, regardless of the exchanges, so the scope of the risks associated with the total deregulation of the DEX could be limited (but the probation is imperative).
On the other hand, however, as well as Bitcoin, there is no way to stop the DEX's progress, so, whether we like it or not, in the future, its usage will increase more and more and experts believes that, in a few years, even traditional and centralized exchanges will be replaced. In short, probably in the future, it will be necessary to find other ways to fight money laundering (remembering that all transactions performed on a DEX are recorded in a public Blockchain).