What are Bitcoin ETFs? 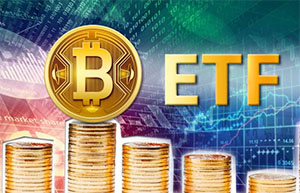 According to the news on the possible approval of the Bitcoin ETFs, there has been great anticipation in the Cryptocurrency investors’ community. With great enthusiasm, a verdict is expected that the Safety and Exchange Commission (SEC) will give to the ETF request on Bitcoin.
What are Bitcoin ETFs? Why is August 10th an important date in the world of digital currencies? Is there any chance that the above application will be approved?
ETF is the acronym for Exchange-traded fund, ETF is a passive investment instrument that replicates the underlying benchmarks, portfolios, promissory notes, etc. It equally replicates its performance on the market.
The advantage offered by ETFs is the exchange in the stock exchanges of Bitcoins as if they were normal shares. The diversified shares of a fund are combined with the reduced cost and negotiability of an action.
Mutual funds are also instruments that group values to grant diversified participations. But there is a big difference between the ETF and the common funds. ETFs are passive instruments, while common funds are actively managed by professionals (managers).

• Recruitment and exchanges takes place during the day and not at the end of the day, so they are subject to changes in intraday prices;
• Reduced transaction cost since they are passive instruments;
• They are not subject to minimum investments (they can be bought/sold with a minimum capital).

The Bitcoin ETFs will offer to users with a traditional brokerage account the possibility to invest in the digital currency without having to worry too much about conservation, custody and purchase in a specific purse or bag. This is precisely because the Bitcoin ETFs would track its Benchmark index and double its daily performance.
If it offers so many advantages why then is Bitcoin ETFs not yet on the market?
This is due to the fact that, before launching this financial instrument, it must be approved by the SEC
So far, all the SEC-analyzed Bitcoin ETFs proposals have been rejected. Since 2013 the SEC rejected the proposals, is there any hope for the verdict on August 10Th?
Spencer Bogart, at the beginning of 2017, stated that the probability of ETF approval in Bitcoin is 25% precisely because the SEC has always been reluctant to introduce new classes of assets.
Looking at it, the chances of seeing the dream of many Cryptocurrency investors are scarce. Lately, however, there has been a tipping point that will certainly increase these odds, in fact, the SEC has recognized Bitcoin and Ether as currencies rather than assets.
By examining this debate, it is more than clear the rules on the two main assets of Cryptocurrencies. A decisive step that could contribute to the approval of the Bitcoin ETFs on August 10th.
According to some experts, if the proposal was approved, a boom in Bitcoin price would be generated.
According to the general manager of IronWood, Michael Strutton, approval of the Bitcoin ETFs would give a positive boost to the digital currency market, by setting the BTC's value to more than 35,000 USD.

Bitcoin, Bitcoin-ETFs
Do you need a consultancy?
Book it