The History of Dogecoin and Gambling 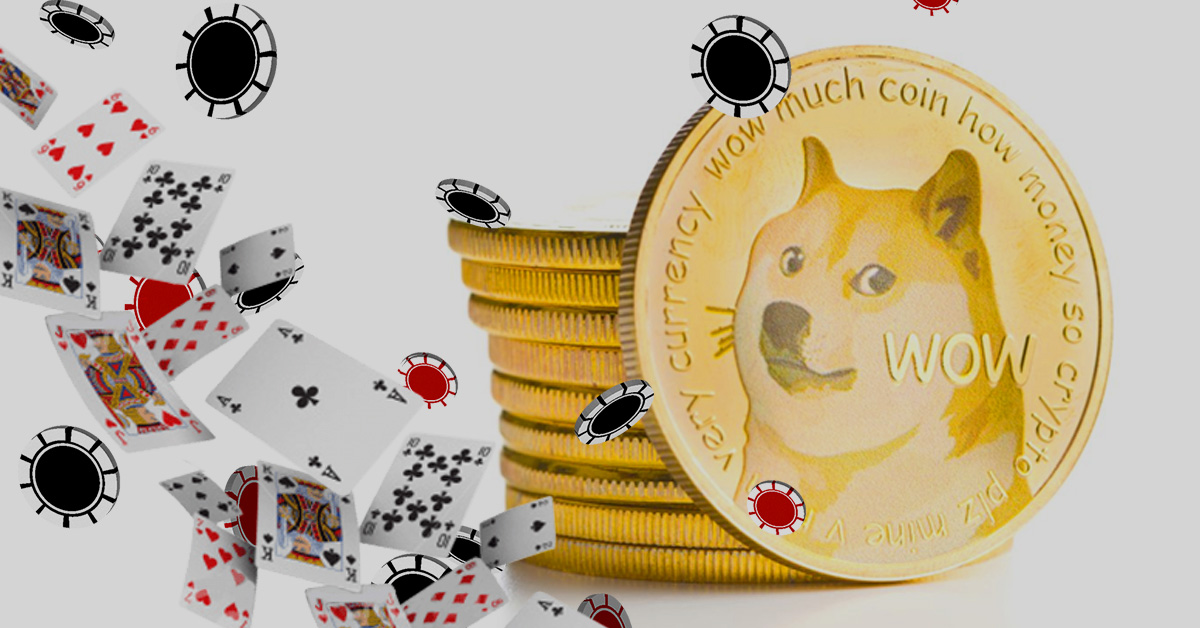 Dogecoin, named popular internet meme ‘Doge’, had proven to empower online communities by taking hold of the life of its own when it was meant as a jest by its creator. In fact, Dogecoin was first used as a way to ‘tip’ content creators on Reddit and Twitter.
An easy payment way for the joy its content might have brought quickly caught the attention of the gambling industry.
Soon Dogecoin gambling became a thing, incorporated alongside a plethora of other popular cryptocurrencies and it remains so to these days. Today, all the best online casinos provide their players with dogecoin payments.

Dogecoin was born out of a joke that meant to do nothing but to have those familiar with the internet meme ‘Doge’ have a quick laugh and nothing else.
The origin dates back in November 2013, how everything started by Jackson Palmer, a project manager for the Australian branch of Adobe, Inc.
The tweet, now deleted, was: “Investing in Dogecoin, pretty sure is the next big thing”. This was meant as taking a piss out of the fact that, at the time, so many alternative cryptocurrencies (altcoins) were emerging.
Many replies on the now-deleted tweet laughed at the absurdity of it. At least one person thought it could actually be more than that.
Billy Markus, a cryptocurrency enthusiast and software developer for IBM in Portland, Oregon, was looking to create its own cryptocurrency. At the time, he did not have enough support to launch it.
Yet, he came across Jackson Palmer’s tweet by pure chance. Upon seeing all the positive feedback, he figured there was some market interest for this ironic product.
He reached out to Palmer, who had actually gotten the Dogecoin.com domain as part of his own joke, seeking to get the project that his joke started off the ground.
Bewildered but intrigued, Palmer gave his blessing. Markus built the software behind Dogecoin basing most of its infrastructure on Litecoin’s, another altcoin. The Dogecoin cryptocurrency successfully launched on December 6, 2013.
What People Had Done with Dogecoin
Since one of Dogecoin’s first uses was to give tips and donations, some enthusiastic users were sure they could use it for actual charity campaigns. For the then coming Sochi Winter Olympic games, the Jamaican bobsled team had no funds to travel there despite qualifying.
That was until the Dogecoin community stepped in! In January 2014, they gave the team approximately $30,000 by collectively exchanging 27 million Dogecoins.
They did it again in March of that year to help make a well in the Tana river basin in Kenya by giving them $11,000 worth of Dogecoin.
Their most publicized stunt in the media came from giving $55,000 on Dogecoin to NASCAR driver John Wise. He ran some races using a Dogecoin and Reddit paint scheme that clearly showed the Shiba Inu dog from the meme clearly on its rear side. The image was enough to draw the commentators to talk about it and, thus, put Dogecoin under the spotlight. The community is still active to this day, and one can only think of what they will come up with next.

Dogecoin users that happen to simply love gambling all of a sudden had a new use for it. Far away from the charitable efforts, the community is known for; Dogecoin Gambling enables players to use this fun crypto to have a fun time at the online casino of their choosing.
Dogecoin Gambling affords a couple of advantage just like any crypto would:
No Bank Fees - When using traditional banking methods for depositing and withdrawing at the casino, the bank takes their cut. When using Dogecoin, there are no banks involved at any step of the way. Thus, no bank fees for you to pay. You get to enjoy more of your money when using Dogecoin.
Lighting Fast Transactions – How long do you have to wait for your transaction to move forward when using regular bank methods? Anywhere from three business days to a whole week. How long do you have to wait when using Dogecoin? Less than a minute. Crypto transactions are instantaneous as there’s no bureaucracy which approval you got to wait for. Dogecoin delivers the money to your hands at once.
Total Anonymity - The only thing you need to receive Dogecoin is a dogecoin wallet address. For sending it, you likewise only need the wallet address of the other party when sending it. Said wallet address is heavily encrypted. No one will ever know that wallet belongs to you unless you tell them. Hence, your dogecoin transactions remain private and anonymous.
It Is Fun! – Not a technical advantage by any means. But the fact that a cryptocurrency that started as a joke is now used for paying at an online casino is hilarious. Dogecoin gambling goes to show that the collective power of tech and internet communities can do anything it sets out to do.