The gurus of the financial world already trust cryptocurrencies 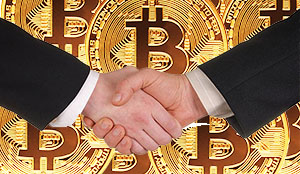 At present, economists, politicians and big investors can’t ignore the importance acquired by cryptocurrencies, especially Bitcoin, in global finances. Not just a few of these gurus were initially worried and even harshly criticized digital currencies; however, they have inevitably reached the conclusion that the concept that these have introduced to the financial world is refreshing and won’t disappear. Today, it’s possible to appreciate how many of the cryptocurrencies’ initial critics have begun to invest substantial amounts in businesses that offer, both directly and indirectly, exposure to the cryptocurrency environment, generally through the blockchain technology.
George Soros was one of the ones who spoke the strongest against the cryptocurrencies. The multimillionaire even considered cryptocurrencies as being a “bubble”; however, in April of this year, the Soros Fund Management, headquartered in New York, approved the sale of cryptocurrencies.

The blockchain is real

Another who had doubts about the importance of cryptocurrencies was Jamie Dimon, CEO of JP Morgan Chase. In September of 2017, he reached the decision that the Bitcoin was a fraud and threatened to fire any company employee who dared to do business with cryptocurrencies. A few months later, in January of this year, Dimon took a step backwards in an interview on FOX and said that he regretted his comments about Bitcoin. “The blockchain is real,” he had to admit. The fact that JP Morgan had applied for an authorization related to the blockchain technology probably has a lot to do with the CEO’s change in position.
The third investment guru who criticized the cryptocurrencies at one time was Warren Buffett, the CEO of Berkshire Hathaway. This multimillionaire described Bitcoin as “rat poison” and “bubbles”. Then, he didn’t retract his statement publically; however, Buffett is now investing in the technology behind the Ripple cryptocurrency, through his bank holdings, especially the Bank of New York Mellon.
It’s certain that an ample number of crypto-skeptics, who consider Bitcoin and other cryptocurrencies as bubbles that will pop at any moment, continue to exist; however, it’s also certain that, whether they like it or not, that more and more investors are open to cryptocurrencies, for a simple reason: when a technology that is attractive to people arises, they will keep using it, so investors will have to adapt.