The great devaluation of the Rial pushes Iranians to buy Bitcoin 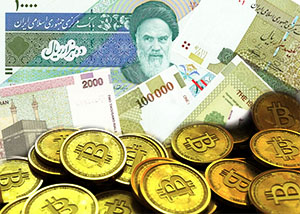 On Monday the Iranian Rial marked a new minimum against the dollar, quoting in 44230 Rials per dollar. However, in the last few hours, it had a sudden recovery of 4.8% (42105 Rials per dollar). The tug-of-war between the U.S. and Iran is at a tipping point. During the collapse of the value of Iranian Rial (-268% in 2014), many Iranians have tried to invest in Bitcoins (in the last year and a half) and other decentralized assets (such as gold) to circumvent America's economic sanctions.
LocalBitcoins which is a service that allows people from different countries to use trust money (in this case the Rial) to buy Bitcoins directly from BTC owners has witnessed exponentially increase in the volume of trade in Iran between the end of 2017 and the start of 2018.
An Iranian interviewed on CCN said he is buying Bitcoins every month as a protective measure against American sanctions: "I started buying Bitcoins and even Ethereum thinking that the Iranian Central bank will not be able to solve the plight Economic "..." I have read many reports on Chinese and Venezuelan citizens who did the same operation on the basis of economic crises and devaluations of their national currencies. "

Bitcoin as asset against the devaluation

It is a difficult economic environment to deal with. Iranians are currently involved in a devaluation of the national currency and strict government restrictions on foreign currency transactions. Government authorities have also begun sanctioning those who buy gold coins on the black market in an attempt to circumvent restrictions.
As we have witnessed with the huge loss of purchasing power in Venezuela, the disastrous economy and devalued currencies pushed the population to seek deposits of alternative value. That's why Iranians are also buying Bitcoins. It is one of the few ways they can cling to the hope of not losing their wealth. Countries with high inflation, large debts, and financial problems tend to become Cryptocurrency agglomeration points.
Almost everywhere where there is a lack of confidence in central banks and governments, there is a thriving community of Cryptocurrencies. Now the phenomenon has spread all over the world, also fueled by the thirst for new technologies and by the mistrust of the political and monetary systems.
It is hard to imagine what the Iranians are experiencing (or Venezuelans or Argentineans) right now. Declining economies are extremely difficult to live (and survive) in: Imagine what it would be like if all of your wealth and purchasing power were to disappear overnight.
The Cryptocurrencies trajectory in Iran will probably be rugged. The Iranian government has been tendentially opposed to the adoption of Cryptocurrencies, at least so far. In February, the Iranian Central Bank stated that it had never recognized the Bitcoin or any other Cryptocurrency as an official currency. In April, the same Central bank banned the use of Bitcoins and other digital currencies (citing money-laundering problems).
Despite their hostility to the Cryptocurrencies, Iran has recently confirmed that it will move on with plans to create a public Cryptocurrency that works as a national currency and an international use token for use in foreign trade. It is important to note that with this Cryptocurrency, American sanctions will also be circumvented.
We have already seen a similar scenario in Venezuela early this year, when the South American country launched its own Cryptocurrency, the "Petro", backed by the state (which will begin to circulate by August ending). Venezuela has seen widespread opposition to the introduction of Petro, and a similar process is likely to take place in Iran as well.
But if Iran continues with its Cryptocurrencies state plan, it will give at least a signal that the country is taking Blockchain (or really desperate) technology seriously. Given its current economic status, it is the least it can do.