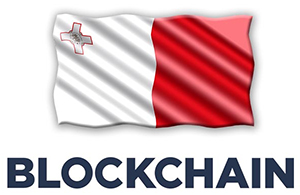 The approval of the law for recognizing blockchains is a historical step, not just for Malta but also for the European Union. The first legal framework completed for the blockchain technology was conceived on this Mediterranean island. Now that the Republic of Malta offers a stable legal system, it will contribute to economic growth and will increase the possibilities of international companies choosing Malta as the destination for their activities in the sector.
The approved bills are: Malta Digital Innovation Authority Act; Innovative Technological Arrangement and Services Act and the Virtual Financial Asset Act – these establish a legal framework for a technology that many consider promising due to its transparency and immutability of the data that are exchanged and saved through it.
Silvio Schembri, secretary of Financial Services, Digital Economy and Innovation of Malta’s Parliament, welcomed the historical approval of the reform with an enthusiastic tweet where he emphasized how the Mediterranean island will now be a pioneer in Europe, becoming the first state to open its doors to businesses with operations related to the blockchain, distributed and decentralized protocol at the base of cryptocurrencies.
“The three legislative bills that govern Distributed Accounting Technology or DLT have been approved by the Parliament and have become law. Malta is the first nation in the world to offer the sector a legal framework.”
Malta’s Prime Minister, Joseph Muscat, anticipated the approval with key texts during a press conference in the country’s Chamber of Commerce, on the occasion of launching the STASIS “EURS” token, linked to the Euro with a one for one ratio.
Schembri, in charge of implementing the blockchain in Malta, is of the opinion that the current legal framework will serve to reassure investors since businesses will receive the appropriate legal tools for acting within a safe and well-defined legal framework.

malta, law-of-blockchains
Do you need a consultancy?
Book it