How does the Ripple network operate? 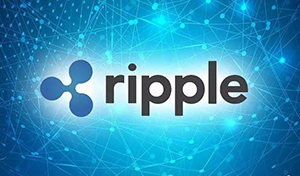 This virtual currency has been in circulation since 2013 and its protocol was created by OpenCoin, founded by Chris Larsen and Jed McCaleb.
Like Bitcoin, Ripple operates on a decentralized platform and an open-source network, which means developers have the power to intervene and modify according to the virtual currency users policy. In fact, we remember once again how the term Ripple identifies both the Cryptocurrency and the entire network in which it operates.
A Ripple network feature not found in Bitcoin is the presence of transaction logs called Ledgers, which permits one to monitor exchanges and complete transactions in just few seconds. Another characteristic element of the Ripple network is the possibility of exchanging and transferring without continuity of form: You can transfer dollars to a recipient who will receive euros instead.

The Ripple network consists of 3 parts: A payment network, a stock exchange and the same currency (XRP) that we have already made known, but how does this operate? We can consider Ripple and its network to be an advanced modern version of the current financial intermediaries system, because much of its operation is based on trust, but we operate in order and always clarify doubts, for example. "B and C chooses to make a trip, each bringing a friend. B leads to A and C brings D. At a certain point, they wanted some coffee, but D doesn't have the money to pay for it.
The subject A will pay for both, and D proposed to return it through Ripple. This way D will be indebted to C (his friend who knows how to return the money), which in turn will be indebted to B (the mechanism is always the same). Finally, B reimbursed the coffee money to his friend A’’.

The Ripple network operation is therefore based on the mechanism of confidence represented by the IOU (I Owe you) credits representing the real currencies. What you send and receive are precisely these credits that become "real" money on the so-called Ripple gateways. The key is to understand that all debits, that is, transactions takes place only between subjects who have established a trusted link. Ripple transactions are instantaneous (snapshots), free and irreversible.
In other words: XRP is the only currency circulating on the Ripple network and is the unit of measurement for the exchange of IOU credits. Which means, if I want to send yen, but have only euros, the recipient of the transaction will buy my promissory notes in euros for an amount of ripple, and sell the promissory notes in yen for another amount of ripple. In short, this is how the Ripple network and its Cryptocurrency system operates.

Due to these characteristics, since its creation, the Ripple Cryptocurrency has been adopted by multiple investment banks and other financial institutions, in order to take the advantages introduced by this Cryptocurrency.
In fact, Ripple simplifies the payment process by creating fully transparent point-to-point transfers, where banks are not oblige to pay taxes.

As aforementioned, the Ripple currency (XRP) was founded and operates only within the same Ripple network system. The virtual currency can be divided into six decimals and the smaller unit is called drop (1 million drop makes a Ripple). Unlike Bitcoin that can be created up to 21 million units, Ripple has created 100 billion and are distributed only by OpenCoin not via mining as the case of Bitcoin.

From the outset we affirmed that, although both are Cryptocurrencies, Bitcoin and Ripple have some differences. The first, and distinctive, was highlighted in the lines we just discussed: While Bitcoin is just a currency, with the term Ripple we refer to the largest transaction network in which the same virtual currency operates.

Another difference is transaction speed. In Ripple's case, we talk of about 2-5 seconds, while with Bitcoin, it takes even 10-15 minutes. This is because the two Cryptocurrencies uses two different ways to reach a consensus and, therefore, operations, to ensure the security of transactions, can be more or less long.
As aforementioned, another difference with Bitcoin lies in Ripple's ability to represent any asset and thus, any currency, while the Bitcoin network only represents movements in BTC.

Is Ripple preparing for a bullish phase?

As stated earlier, Ripple was created in 2013, its price remained more or less stable until March 2017, when they started rising with the general increase of the Cryptocurrencies sector. The maximum XRP price was registered on January 4, 2018 at $3.55. Another bumper came in the next month ($3.20). Since then, prices have experienced a steady decline up to the minimum values of mid-September 2018 ($0.27), although these are not absolute minimums.

From the graphical configuration, everything suggests that quotes, even if they can record other lows in October, have entered a lateral-upward phase. Ripple has also been highlighted by the excellent bull performance recorded in only 24 hours (+ 13%) and in the last week (+ 60%).
Currently, the price of XRP is $0.5233. Market capitalization is approximately 21 billion dollars (Source CoinMarketCap.com).

In the medium/long term (12-60 months) XRP is, without doubt, one of the most important Cryptocurrency in the sector. Consequently, their quotation should also be considerably appreciated.
You can purchase XRP in most of the exchanges currently in circulation (Binance, Poloniex, Huobi, Bittrex, OKEx, HitBTC, UpBit, Mercatox, IDAx, Cryptopia, Kucoin, CoinExchange, Livecoin, etc.).

ripple, ripple-network
Do you need a consultancy?
Book it