How can we handle the next Bitcoin halving? 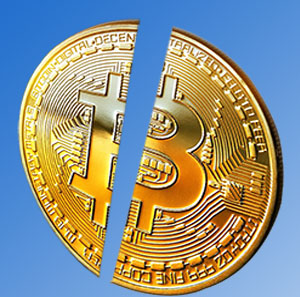 Based on these two fixed points, it is rational to make mention today that the price of Bitcoin will probably rise, it is irrational to say otherwise. This is simply the best conclusion that we can reach with the data and information we have available. Meaning, by 2020, we can expect a new wave of users also attracted by the price hike, as a result of a boom in the use of Bitcoin services and an expansion of transaction volumes. By the end of 2017, the Bitcoin network and ecosystem were not yet ready to handle that huge influx of new entries, the increase in the average cost per transaction in Blockchain was clear:

At that time there was no alternative to Bitcoin: either you paid those commissions or could not do the transactions. But in the next big rise (hopefully...), you have to be prepared. The Bitcoin network and all the services must be ready to accommodate the crowd and incoming services, wallet and exchange must, in advance, prepare a place for newcomers.
At the moment, the network is working very well with improvements in all aspects:

However, the true focal point is Lightning Network, both for scalability reasons and for more privacy for users. The Electrum wallet will be a fundamental part of this technological renovation, and finally represent the real turning point for Lightning Network. Anyway, we'll see, May 2020 is not that far.

bitcoin, bitcoin-halving
Do you need a consultancy?
Book it