Five odd things that can happen in the Bitcoin blockchain 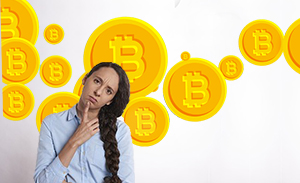 In 2009, Bitcoin became the world’s first cryptocurrency and, currently, at almost a decade from its creation, it has been strengthened at most used cryptocurrency on the market and since it has managed to survive its first big crisis, following the collapse of the exchange rate that started in December 2017.
How does the Bitcoin blockchain work? This platform has been shown as being very effective, although not infallible, as shown by what happened to a user who, in 2016, made a transaction of 291 Bitcoins, which were worth 134-142 USD at the time. To carry out said transfer, a commission of 291 Bitcoins was requested; in other words, the same amount as the transfer made by the user. Incredibly, the person making the transfer accepted the payment of the commission, an error that he is probably still lamenting, because these 291 Bitcoins represent a little more than two million dollars these days.

A bitcoin block hadn’t been claimed

Some time ago an empty bitcoin block hadn’t been claimed by the miner who worked in them. There were a total of 12.5 bitcoins, valued at more than 100 thousand dollars. Therefore, the block 501726 was stuck as the only block of the blockchain with no Bitcoins recorded, so it showed up as empty to the public.
In Bitcoin’s almost decade-long history, the biggest transaction ever made took place in November of 2013 and corresponded with the block 270953, through which a total of 194,993 was sent, a figure that represents almost 2 thousand million dollars. The interesting thing about the case was that the commission for the transaction was only 0.5 bitcoin.
The size of blocks of the blockchain is one of the themes that the community is most interested in and which could influence the Bitcoin’s growth. The idea of increasing the blocks’ size from 1 to 2MB has been key, this is why the activation of SegWit was important, since, beginning from this moment the Bitcoin blockchain began mining the blocks that can hold up to 2MB of information. This will permit speeding up transactions as well as a drop in commissions. In addition, with SegWit, smaller blocks of barely 241 bytes will be recorded in the network.
Another curious piece of information about the Bitcoin blockchain is that it not only makes peer-to-peer monetary transactions possible, but it also allows the transmission of encrypted messages. These messages, recorded on 100 bytes of the network, are completely secure since, in order to access them, a decoding tool is essential, although they have as a point against them that they can’t be erased or modified.