The 2018 Financial Law of Algeria has prohibited the use of any cryptocurrencies.  It stipulates: The purchase, sale, use, and possession of so-called virtual currency are prohibited.  A virtual currency is one used by Internet users over the Internet.  It is characterized by the absence of physical support such as coins, paper money, or payments by check or credit card.

Any violation of this provision is punishable in accordance with the laws and regulations in force.

The governor of the Central Bank of Bahrain, Rasheed Al Maraj, has issued a warning against cryptocurrencies, especially bitcoin. During a parliamentary session that took place in the Shura Council, Al Maraj declared that the bitcoin is not recognized by any financial institution. He also mentioned that using bitcoin in Bahrain is illegal; however, Bharani citizens have the right to invest in cryptocurrencies outside Bahrain.

The Central Bank of Egypt issued a warning in January 2018 against the trading of cryptocurrencies, such as bitcoin, due to the extremely high risk associated with such currencies.  The Central Bank also asserted that commerce within the Arab Republic of Egypt is confined only to the official paper currencies approved by the Bank.

Egypt’s Dar al-Ifta, the primary Islamic legislator in Egypt, has issued a religious decree classifying commercial transactions in bitcoin as haram (prohibited under Islamic law).  Dar al-Ifta has stated that cryptocurrencies could damage national security and central financial systems and could also be used to fund terrorism and terrorists activities.

The Central Bank of Iran (CBI) officially announced on April 22, 2018, that it has prohibited the handling of cryptocurrencies by all Iranian financial institutions, including banks and credit institutions.  The decision also bans currency exchanges from buying and selling virtual currencies or adopting measures to facilitate or promote them.

The CBI’s action was in line with Iran’s recent efforts to address deficiencies in its policies on anti-money laundering and combating the financing of terrorism, with the aim of complying with the action plan of the Financial Action Task Force on Money-Laundering (FATF).  The FATF, an intergovernmental organization established to combat international money-laundering and terrorist financing, will determine at its plenary meeting in June 2018 whether to remove Iran from the FATF list of Non-Cooperative Countries or Territories. Previously, the CBI had only sought to warn people of the potential risks inherent in cybercurrencies, although a directive passed by the Money and Credit Council, the most important policy decision-making organ of the CBI, “had deemed non-physical and virtual transactions against the law, meaning that Iranian [currency exchanges could] not deal in cryptocurrencies.”

The Bank’s decision to ban the use of cryptocurrencies by financial institutions is a blow for those in Iran who viewed virtual currencies as a means of overcoming problems related to the banking industry and international sanctions, and who see them as “currently shaping the future of banking” and, when precisely and transparently regulated, of preventing people in the country from buying and selling them secretly and using them fraudulently. Before the ban was announced, the CBI’s Information Technology Chief had reported that, along with the adoption of a framework that should be adhered to for using cryptocurrencies, the Central Bank was considering the adoption of a national virtual currency, either to be generated by the Central Bank or another entity. One of the motivations for developing such a currency was that it could potentially be used to replace the US dollar, an attractive prospect for Iran because US sanctions over Iran’s nuclear program bar Iran from using the US financial system.

The Iraqi Central Bank has issued a statement prohibiting the use of cryptocurrencies. It stated that currency traders who carry out transactions in cryptocurrencies will be punished by penalties cited in the country’s anti-money laundering law.

Israel’s Supervision on Financial Services (Regulated Financial Services) Law 5776-2016 requires persons engaging in providing services involving “financial assets” to obtain a license from the Supervisor of Financial Services. The definition of “financial assets” includes “virtual currency.” A license will generally be issued to an Israeli citizen or a resident who has reached the age of majority, is legally competent, and has not been declared bankrupt or, in the case of a corporation, is not required to dissolve. Additional licensing requirements include that the licensee has a minimum specified amount of equity and, if an individual, has not been convicted of an offense that due to its nature makes the licensee unfit to handle financial transactions.

A statement issued by Bank of Israel and several regulatory agencies on February 19, 2014, warned the public against dealing in virtual currencies. The warning laid out the dangers associated with trading in virtual currencies, including fraud, money laundering, and financing of terrorism, among others. In addition, the Bank of Israel said in a January 2018 statement that “it would not recognize virtual currencies such as bitcoin as actual currency and... it was difficult to devise regulations to monitor the risks of such activity to the country’s banks and their clients,” according to Reuters.

Although virtual currencies are not recognized as actual currency by the Bank of Israel, the Israel Tax Authority has proposed that the use of virtual currencies should be considered as a “means of virtual payment” and subject to taxation. Specifically, for the purpose of income tax and value added tax requirements, virtual currency is viewed as “an asset” and is taxed in accordance with relevant transaction classifications under the Income Tax Ordinance (New Version), 1961, and the Value Added Tax Law, 5736-1975. Accordingly,

unlike a regular currency, the Israel Tax Authority will regard an increase in the value of a cryptocurrency as a capital gain rather than an exchange fluctuation, making it subject to capital gains tax. Individual investors will not be liable for value-added tax, but anyone engaging in cryptocurrency mining will be classified as a “dealer” and subject to VAT, according to the circular. Anyone trading as a business will be classified as a “financial institution” for tax purposes, meaning that they will be unable to reclaim VAT on expenses but will be subject to an extra 17 percent “profit tax” applied to financial institutions.

The Israel Tax Authority requires documentation of trade transactions involving virtual currency to enable verification of their existence and scope.

In 2014, the Central Bank of Jordan (CBJ) warned the public against the use of bitcoin and sent out a press release to the media that stated:

Recently, a global phenomenon of trading a virtual currency called bitcoin became active around the world. CBJ seeks to protect citizens and the investors, by warning them that virtual currencies are not legal tender and there is no obligation on any central bank in the world or any government to exchange its value for real money issued by them nor backed by underlying international commodities or gold.

In January 2018, the CBK confirmed news that it was creating an infrastructure for the financial and banking sector in the country including the issuance of an e-currency, which it distinguished from virtual currencies.  The establishment of a local digital currency will fall under the umbrella of e-payments, the statement said.  The Central Bank highlighted that the local digital currency will have the same characteristics as paper money, such as an issuance number. It will also be monitored by the Kuwaiti government.  Furthermore, it could be exchanged with other currencies as well as used to pay for goods and services.

On December 19, 2013, the Banque du Liban (BDL), the Lebanese Central Bank, issued a notice to the country’s banks and financial institutions warning them of the dangers of using cybercurrencies, especially bitcoin. Among other concerns, the notice stated that “the platforms and networks used for the issuance and trading in such currencies are not subject to any laws or regulations.”

Riad Salameh, Governor of the BDL announced in October 2017 that the institution intended to launch its own cybercurrency.  He is quoted as saying:

We understand that electronic currency will play a prominent role in the future. But BDL must first make the necessary arrangement before taking this step and develop [a] protection system from cybercrime. Both the Special Investigation Commission and Banking Control Commission are cooperating to prevent such electronic crimes.

Salameh explained that the new currency will be monitored by the BDL and be subject to Lebanese law but did not state how this will be done or provide a time frame.

Salameh also again expressed his opposition to the use of bitcoin, explaining that its use, which is not regulated, constitutes a threat to consumers and to the payment system in Lebanon.

In a press release posted on its official website, the Moroccan Exchange Office informed the public that the transactions effectuated through virtual currencies constitute a violation of the exchange regulations and are subject to penalties and fines provided by the texts in force.

The Office called on the persons concerned to abide by the exchange regulations, which provide that financial transactions with foreign entities must be effectuated through approved intermediaries and with foreign currencies listed by the Bank Al-Maghrib.

The release also warns of the risks associated with the use of a virtual system of payment that is not backed by a financial institution.

The release finally states that the Exchange Office, in collaboration with the Bank of Al-Maghrib and the Professional Grouping of the Banks of Morocco, are following with interest the evolution of virtual currencies in Morocco.

The release does not bear a date but media reports indicate that it was issued in November 2017.

In February 2018 the Supervision and Control of Financial Institution Division at Qatar’s Central Bank issued a circular to all banks operating in Qatar warning against trading in bitcoin. The circular described bitcoin as illegal and unsupported by any central bank or government. It also stated that trade in cryptocurrencies involves high risks of price volatility and the risk of being used in financial crimes.  Finally, the circular prohibited all banks operating in Qatar from dealing with cryptocurrencies, subject to penalties for violators.

The Saudi Arabian Monetary Agency (SAMA) has issued a warning against bitcoin because it is not being monitored or supported by any legitimate financial authority.

In October 2017, SAMA announced that it will implement a pilot project to issue a local digital currency (Riyal) that will only be used in transactions among banks.

Under article D.7.3 of the Regulatory Framework for Stored Values and an Electronic Payment System, issued by the Central Bank of the United Arab Emirates in January 2017, all transactions in “virtual currencies” (encompassing cryptocurrencies in Arabic) are prohibited. 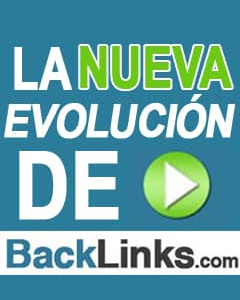