Bitcoin Dominance at its highest point in 2018 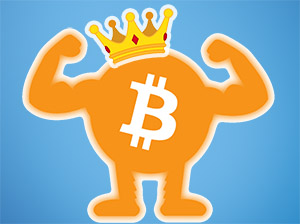 The term “Bitcoin Dominance “means the percentage ratio between Bitcoin market capitalization and the general relationship of all Cryptocurrencies.
Coinmarketcap publishes an updated chart daily, showing that Bitcoin dominance in the last few days has reached the maximum level of 2018.
In recent days, Bitcoin market limit has reached the threshold of about 111 billion dollars, while the total is approximately 203 billion. The relationship between the two is approximately 55%, which makes it the maximum level of 2018.
In other words, in this present moment, Bitcoin (55%) is worth more than all the other Cryptocurrencies altogether (45%). The second, Ethereum, is at 11% only, while the third, XRP (formerly Ripple) is not even at 6%. So Bitcoin worth 5 times the second and almost 10 times the third.

Why this clear predominance? It should be noted that, for example, at the start of the year, the Bitcoin domain had even fallen to almost 30%, with 13% of ETH and 14% of XRP, while in May, ETH increased to 15%. But since May, has begun a constant ascent of the Bitcoin domain, up to the current maximum.
However, the value of Bitcoin has not grown, consequently, the reason is that the value of other Cryptocurrencies has decreased. The graph of total market capitalization actually shows this reduction in value, which has never ceased to fall since the start of the year (with the exception of some temporary peaks), and which since May has recorded a constant decrease, while the value of Bitcoin has remained on a constant average.
Therefore, if on the one hand in the last months Bitcoin price, after the bubble burst, has not suffered further descents, on the other hand, “Altcoin " have continued to lose value. In short, investor’s confidence in the Queen of Cryptocurrencies remains constant, meanwhile it’s a little lower in others.

Bitcoin-dominance
Do you need a consultancy?
Book it