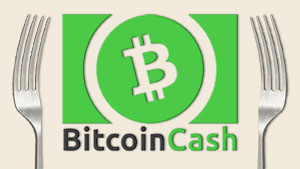 The bifurcation is scheduled for November 15th and, therefore, preparation by the organizations that supports this Cryptocurrency has already begun.
BCH routinely performs a hard fork every six months. The bifurcation of November 15th is a bit different than usual because developers have not reached an agreement on this update and there is a risk (almost certain) that two separate chains will originate, both supported by many developers. The community can be separated. It is ironic that Bitcoin Cash, which was created from a Bitcoin bifurcation due to contradictory views or opinions among developers (especially on how to solve scalability related issues), is now in the same state as it was over a year ago, however, it has been reversed.
On October 22nd, the initiative supported by Craig Wright and Nchain SV-Pool announced that the Mining Pool was open to the public. This is the group, according to CoinDance, that was responsible for 2.6% of the total Hashrate of the Bitcoin Cash Blockchain during the previous week. SV-Pool undermined the first block on October 10th when it was still a trial version, accessible only via invitation. According to a recent announcement, SV-Pool is on the side of the miners and follows the philosophy of "miners in the first place."
As a result, miners can participate in the group and receive payment through the pay-per-last-n-shares (PPLNS) payment system until other remuneration systems are added to the November program.

Waiting for the hard fork, the Bitcoin Cash price increases.

From a more practical point of view, according to Bitcoincash.org, the update will be compatible with:
• Bitcoin ABC 0.18.2
• Bitcoin Unlimited Cash Edition 1.5.0.0
• Bcoin-Bcash 1.1.0 (to be released)
Fork’s support depends on the miners, in fact, if they decide not to support it, the bifurcation will die gradually. However, if the miners were to divide equitably, they could, as mentioned, survive both chains. Investors who have (or buy these days) BCH will receive a number of new tokens equivalent to both chains, provided they have their own BCH deposited in exchanges (Binance and Coinbase) that supports the hard fork. This is why the price rises: Many investors are buying BCH waiting for the fork. BCH volumes are in strong growth.
If both chains survived, it could be an excellent opportunity to win something in a bearish market for some time.