What type of wallet should I choose for my cryptocurrencies? 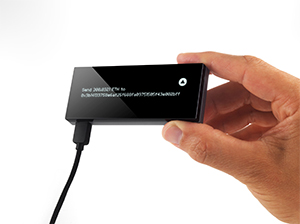 Cryptocurrency portfolios contain two keys, one public and the other private, which allow mobilization of the funds. There are all kinds of portfolios; some are simple, while others are more complex and inappropriate for beginners.
The most common type of wallet – and also the easiest to use – is the online portfolio. The online portfolios are fairly easy to use and have the advantage that since they are accommodated in the cloud, they are accessible by any device. However, because they are online, they are also fairly vulnerable since, in the case of an attack on the server where the cloud is accommodated, the two keys could be stolen. Then, there are online wallets managed by the Exchanges, which give the advantage to the customers of not having to face eventual possible difficulties in creating the wallet; nevertheless, in case the Exchange is attacked, they can lose everything.
Then, we have the desktop portfolios that are actual software that we download to our PC. This type of wallet is what was originally designed by Satoshi Nakamoto which, however, has the disadvantage of being a program that weighs several hundred GB, so the download could take several hours since it downloads the entire Blockchain register from the beginning. This is why lighter desktop programs, called light client, have been subsequently invented; they are the same as the heavier desktop, but they don’t download the blockchain register. These clients are more secure if you use the precaution of producing the two keys with the PC off-line; in addition, to avoid – in case everything is lost because of hard drive failures or the loss or theft of the computer – they can be copied onto another device, after encrypting them to prevent thieves or others from stealing the 2 keys.
Mobile portfolios are apps that we download onto our phones. They are very convenient because they also allow us to make very quick payments; however, they are extremely vulnerable and can be attacked by hackers, so it’s not advisable to park large sums on a mobile portfolio.

Then we have hardware, or cold, wallets, which have the advantage of not having to be online or to be connected to internet. The hardware wallet’s device seems to be a USB unit, and has the function of connecting to the system only when it’s opportune and to generate the two public and private keys while offline. When you need to move the funds, you connect the wallet to the PC with a USB cable; you place the operation into the online wallet, which then sends it through the cable to the hardware wallet, which positions the two keys and then returns it to the online portfolio which carries out the operation.
The hardware portfolios are obtaining a certain success especially for large amounts of cryptocurrencies and it’s advisable that you keep them in a safe place or in a safe deposit box. The only drawback is the price, which fluctuates between 100 USD and 200 USD depending on the model and brand.
In conclusion, there are the so-called paper wallets. Paper wallets also belong to the cold wallet category because they are kept offline out of the reaches of hackers; they can be created on various websites like www.paperwalletbitcoin.com or in www.bitaddress.org. Once you have entered the site, you can turn off the Wi-Fi remove the internet cable and proceed to print it. The wallet contains 2 QR codes that represent the two keys and which are scanned every time you need to send or receive or receive funds. For security reasons, several copies of the paper wallet can be made as a precaution in case you lose the main one, and it’s a good idea to keep it in a dry, secure place. The cold wallet is ideal for protecting large amounts when you don’t make a lot of transactions. 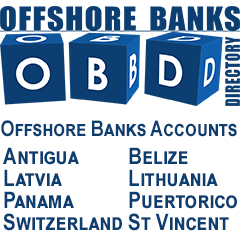