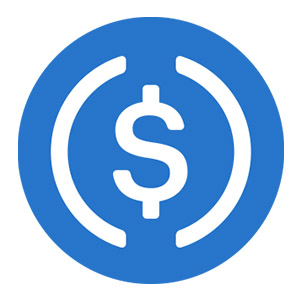 USDC provides a fully collateralized US dollar stablecoin, and is based on the open source asset-backed stablecoin framework developed by CENTRE. As crypto assets have grown in their importance and adoption, it’s become vital to be able to use fiat currencies for payments and trading. A price-stable currency such as the US dollar (and similar stable currencies such as EUR, GBP, JPY, RMB, etc.) is critical for enabling mainstream adoption of blockchain technology for payments, as well as to support maturation in financial contracts built on smart contract platforms, such as tokenized securities, loans, and property. Existing approaches have lacked financial and operational transparency, have operated in unregulated offshore jurisdictions with unknown banking and audit partners, and have been built as closed-loop ecosystems and closed source technologies. USDC solves these problems by offering a solution with detailed financial and operational transparency, operating within the regulated framework of US money transmission laws, with established banking partners and auditors, and is built on an open source framework with an open membership scheme that eligible financial institutions can participate in. 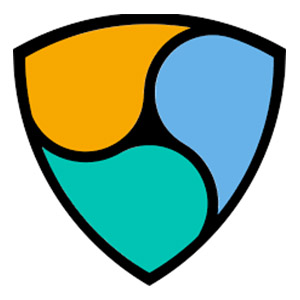 XEM is the native currency of the NEM public blockchain. It is used to pay for transactions on this public blockchain in order to incentivize its network of public nodes that process and record transactions for businesses and users there. This means that XEM has real fundamental value as the currency of a functioning economy. NEM is a Blockchain engine that enables businesses to easily apply Blockchain Technologies on their processes. Mijin, NEM’s permissioned ledger can ensure over 4,000 transactions per second and supports full interaction with NEM. NEM is a developer friendly platform that focuses on fast and secure development by offering a set of built-in features that do not require complex smart contracts nor a specific language. NEM is being further developed by the NEM Foundation, an organization that is formed by a fully committed team that focuses on expanding the technology and its use cases. 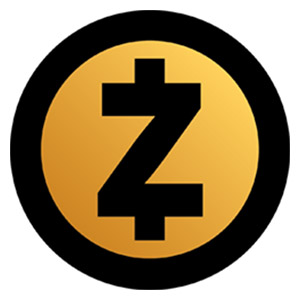 Zcash is a digital currency, or cryptocurrency, like Bitcoin. (In fact, Zcash was built on the original Bitcoin code base.) It was conceived by scientists at MIT, Johns Hopkins and other respected academic and scientific institutions. You can use Zcash to buy goods and services, or you can exchange it for another kind of money, including US dollars, Euros or another fiat currency. A major difference between most cryptocurrencies and traditional money is that every transaction is tracked and managed on a decentralized, public blockchain, instead of by a centralized institution, like a bank. This means you truly own your money. Most cryptocurrencies expose your full transaction history and holdings to everyone. With Zcash, you control what information you share. Shielded addresses and their associated balances are not visible on the blockchain. Payment disclosure and special "viewing keys" can be used to share transaction details with trusted third parties for compliance or audits. 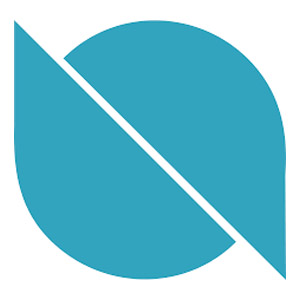 Ontology is a next-gen network of public blockchains, and a distributed, trust-based collaboration platform with integrated support for ledger accounts and smart contracts. Apart from providing support for the services and applications running on its public chains, Ontology also supports the public chains of the applications that have been developed on it's framework, and collaboration with various protocol groups. On a more fundamental level, Ontology continues to provide a wide range of universal modules, such as the Distributed Identity Framework (DID), the distributed Distributed Data Exchange Framework (DDXF), and other such distributed trust collaboration packages and modules. This documentation center serves as a guide for developers that are just getting started with dApp development with Ontology, apart from providing information on the different components of the Ontology framework. It also serves as a location to explore and understand all the different resources available that can assist developers with their application development process. 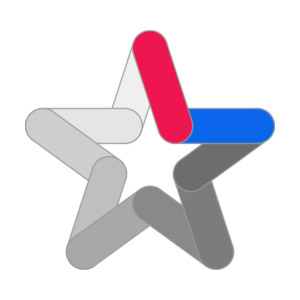 According to Ministry of Economy, Trade and Industry survey, the market size of the content industry such as Japanese movies, animation, TV programs, music, games etc. is said to be about 12 trillion yen. However, this is only for the domestic market. It is also said that the scale of the market spreading across the world is tens of times that. For example, more than 230,000 visitors from all over the Europe come to “Japan Expo”. A festival of Japanese culture is held every year in France and other countries as well. Japanese subculture, commonly referred to geek culture, has prevailed across the world with a spread of Internet, and has become competitive contents that Japanese government promoted as Cool Japan strategy. We will circulate MINDOL token on the Internet and establish market place of “eMINDOL” that provides functions of posting, voting, donation, settlement and copyright management. We will also develop a project of contents creation including animation, game and film productions. MINDOL token holders can use the contents that MINDOL has produced, of course, also can directly participate in contents creation for anime, manga and film, and invest in their favorite project, and support their favorite idol and participate in various events. In addition, they can make a settlement by the token in the real shops MINDOL cooperates with. 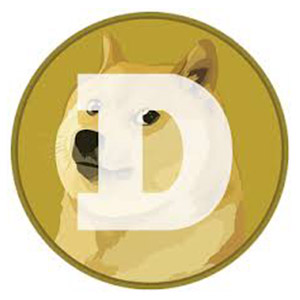 Basic Attention Token radically improves the efficiency of digital advertising by creating a new token that can be exchanged between publishers, advertisers, and users. It all happens on the Ethereum blockchain. The token can be used to obtain a variety of advertising and attention-based services on the BAT platform. The utility of the token is based on user attention, which simply means a person’s focused mental engagement. Attention is measured as users view ads and content in the browser’s active tab in real time. The Attention Value for the ad will be calculated based on incremental duration and pixels in view in proportion to relevant content, prior to any direct engagement with the ad. We will define further anonymous cost-per-action models as the system develops. Ads are then anonymously matched with customer interests using local machine learning algorithms. This means fewer irrelevant ads. Brave will work with publishers and advertisers to establish best practices for judging user attention. One potential metric: the number of total views of advertising content for a certain number of seconds. Or, points assigned on the length of a view. Who Gets What? Users viewing ads will be rewarded with BATs. BATs can be used for premium content or services on the BAT platform. Publishers will, as part of this service, receive the lion’s share of the total ad revenue. We anticipate that users will also donate back some tokens to publishers, further increasing their revenue. 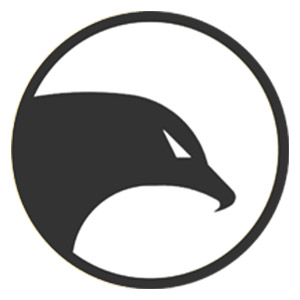 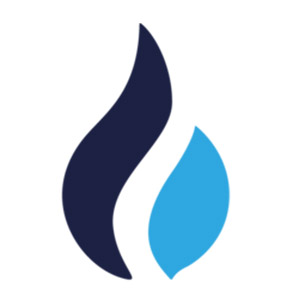 Huobi, headquartered in Singapore, is the cryptocurrency conglomerate that operates Huobi US, Huobi Japan, and Huobi Korea as well as Huobi Global, the world's 24th-largest cryptocurrency trading platform by trading volume as of early December 2019, according to CryptoCompare, an online data aggregator and reporting service. Huobi US is set to cease operating on December 15, 2019. Huobi was one of the three early Chinese exchanges that at one time together accounted for 90 percent or more of global bitcoin volume. As the legal conditions for trading bitcoin in China became less amenable, Huobi launched a new brand called "Huobi Pro" from its new headquarters in Singapore. On May 21, 2018, Huobi Pro was rolled out to the European and Asian markets. In July 2018 Huobi announced that it would accept customers from the U.S. on its "strategic partner" platform owned by a subsidiary, HBUS. Almost a year-and-a-half later, at the beginning of December 2019, Huobi US reported trivial trading volume, less than $1,000 worth of cryptocurrency in the 24-period before 10 a.m. CST. On December 8, 2019, Huobi announced that it was ceasing U.S. operations as of the following Sunday, December 15. At the time of the announcement, it offered a handful of cryptocurrency pairs against U.S. dollar Tether. In a statement on its website, HBUS said it had "to cease operations so that it can return in a more integrated and impactful fashion as part of its ongoing strategic layout." Huobi branded all of its trading platforms, except those in the U.S., Japan, and Korea, as "Huobi Global" and said that it offered services to customers in 130 countries by December 2018. On September 5, 2019, a massive transaction moved 94,505 bitcoin into an unknown user's wallet. Analysts said that many previous transactions came from users on Huobi's exchange. 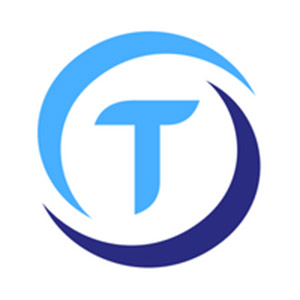 TrueUSD is a stablecoin that can be minted and redeemed 1-for-1 for US Dollars. TrueUSD is fully collateralized, legally protected, and transparently verified by third-party attestations. TrueUSD is the first asset token built by the TrustToken team, and is available on Ethereum (TUSD on ERC-20) and Binance Chain (TUSDB on BEP-2). TrueUSD can be minted and redeemed through the TrustToken website and on over 70 exchanges. Once you have set up an account and completed identity verification, you can mint and redeem TrueUSD using the following steps. 1. Add your ERC-20 or BEP-2 wallet address that will receive TrueUSD. 2. Wire funds from your bank account to our banking partner, following the wiring instructions provided in our app. TrueUSD will be sent to your wallet address once funds are received. 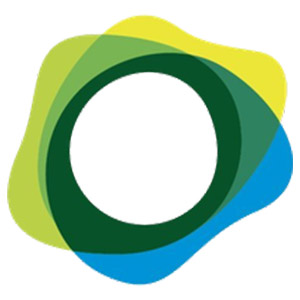 Paxos Standard (PAX) was built so that money can move fast. PAX is a digital dollar. Like other crypto assets, it can move instantaneously, anywhere in the world, any time of any day, and it’s programmable. Unlike other crypto assets, PAX is stable. It is backed 1:1 for the dollar and it’s issued by the Paxos Trust Company, so the funds are carefully protected, audited and regulated. It’s a piece of our future vision for a frictionless, global economy, where all assets can move anywhere instantaneously, 24/7. The crypto-asset space is early in maturation, and initial use cases for PAX will be distinct from future use cases. Today, Paxos Standard can be used to limit exposure to crypto-asset volatility, to remove cross-border transaction fees and to move between crypto-assets with ease or as payment for other blockchain-based assets. In the future, Paxos Standard can be used for consumer payments, offering a stable store of value for those outside the United States that face currencies with unpredictable volatility.